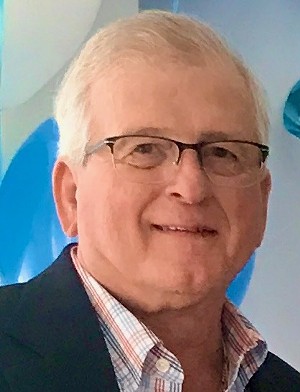 John James Zampieri, 80, of South Ryegate, Vt., passed away peacefully, surrounded by his wife, daughters and grandson at Tufts Medical Center in Boston, Mass., on June 7, 2021, of advanced heart failure.

John was born in South Ryegate and is survived by his wife of 52 years, Joyce, and their daughters, Roxanna and Rebecca Zampieri of Ryegate, and his namesake grandson, John James Zampieri II.

John’s political career began in 1964 when elected to the state House of Representatives. He was the youngest member of the General Assembly in 1967 and considered to be Vermont’s most eligible bachelor. As a legislator, he served as chair of the House Institutions and Transportation Committees. He was a delegate to the 1968 Democratic National Convention.

In 1985, governor Madeleine Kunin appointed John as the commissioner of State Buildings and General Services. He was reappointed by governors Richard Snelling and Howard Dean before retiring in 1997 for health reasons. Vermont honored John by naming the state office building in Burlington the John J. Zampieri State Office Building. As commissioner of BGS, he was instrumental in projects throughout the state. John was particularly proud of his work related to the restoration of the Statehouse. Later, governor Jim Douglas appointed him to the Vermont Labor Relations Board.

John was very active in the local community and was a member of the Pulaski Masonic Lodge, Mount Sinai Shrine, Lions Club, Blue Mountain school board, and Saddlebag Lake Resort Men’s Club.

John cherished his beloved family and was extremely honored to have his grandson named after him. He was proud to be a lifelong Vermonter and to have dual citizenship in the U.S. and Italy. He was a fixture in Vermont politics from an early age and was well regarded by Democrats and Republicans alike.

Service will be held at the South Ryegate Presbyterian Church on July 10 at 10:30 a.m. In lieu of flowers, John asked that donations be made to his grandson’s future education fund in care of his mother, Roxanna Zampieri, at 1255 Scott Highway, South Ryegate, VT 05069, or via this site: https://gofund.me/9f018654.