From careers in education to politics, Montpelier man strove for societal transformation 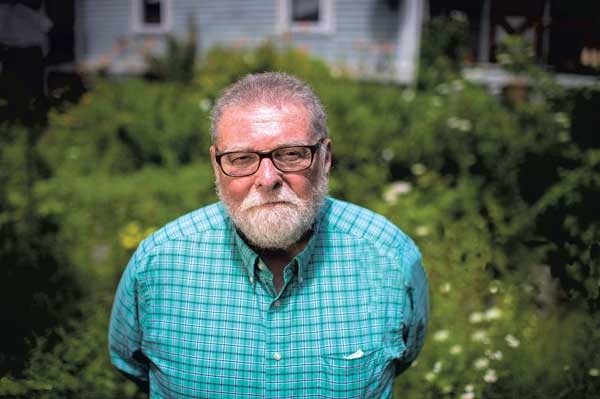 John Michael Wesley Bloch, born on September 1, 1938, as the son of Ruth Scanlon Bloch and Leon Bloch, passed away peacefully at home in Montpelier, Vt., on November 6, 2021, having been cared for by his wife, Rebecca Sheppard, for many years. John was a stalwart defender of peace and justice, with an unwavering vision of a society with equal access to education, housing and health care.

Born in New York City and raised in Markham, Va., John came to Vermont in 1958 as a student at Goddard College, where he received his BS in history. He later received an MA in community development from Springfield College. Throughout his life, John was a powerful voice for marginalized communities. Early in his career, he took part in the War on Poverty, first in Washington, D.C., then in Columbus, Ind., before settling in Vermont with his first wife, Susan Dwelle, and their three children to direct one of the new federal government Head Start programs, which provided early childhood education to economically disadvantaged children.

John’s career trajectory was animated by the possibility of societal transformation, and he touched many lives in his diverse work, which included overseeing the Parent Child Center in Barton, Vt., and Head Start programs throughout New England; working at the Center for Community Change in Washington, D.C.; expanding adult education as an administrator and professor with Vermont Community College, New Hampshire College and Springfield College; running the Morrisville Food Co-op; and creating community access to telecommunications in central Vermont through work with Orca Media and EC Fiber. He was endlessly fascinated by digital technology and delighted in and heralded the dawn of the personal computing revolution, quickly realizing the transformative potential of the new tools and finding ways to engage them to amplify the impact of his work and organizing.

As a person who deeply believed in the power of democracy, John was an iconoclast with a brilliant and curious intellect who held power accountable while putting in the hours and homework required to make change happen. John was instrumental in bringing new leadership to the Washington Electric Co-op, securing federal grant funds to build the Doty Memorial Elementary School in Worcester, Vt., and campaigning tirelessly for the Liberty Union party — sometimes running for office himself. He served as a member of numerous local and national boards, including the Worcester and U-32 school boards, the Barre Historical Society/Old Labor Hall board, Hunger Mountain Co-op, and the Rural Coalition, and he was also a union steward with the Vermont State Employees' Association.

John's ideal way to relax was to debate politics over good food. He loved to cook, eat and talk about cuisines of the world, from Chinese dim sum to dilly beans and everything in between. He delighted in looking after his blueberry bushes, savouring Pennsylvania peaches and giving advice on how to ripen tomatoes. His appetite for food was equaled by his voracious reading and love for knowledge and history of social justice movements. Pancakes with a side of bacon, shared with his grandchildren, was an activity that equaled or surpassed any of his culinary exploits and brought sheer bliss to all.

Having traversed the 50 states, he also developed a passion for international travel later in life, both to learn about social justice and labor rights initiatives in Argentina, Brazil, China and Mexico, and to visit family in Switzerland, Turkey and Canada.