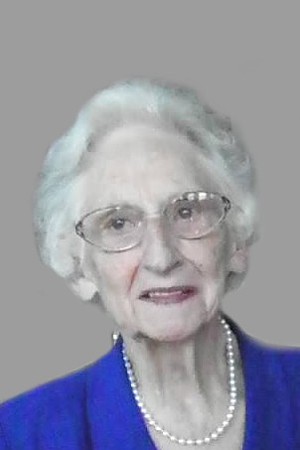 Jennie Charlotte Hilliker, age 91 years, a longtime resident of Blue Rock Road, Alburgh, went to be with the Lord, Friday February 6, 2015, at the Woodbridge Rehabilitation and Nursing Facility in Berlin.

Born in Fairfax on July 29, 1923, she was the daughter of the late Jennie Mae Braley. She graduated from the former Alburgh High School and on February 24, 1944, was married to Clement Hall Hilliker who predeceased her on December 18, 1993.

Jennie was a lifelong devoted and faithful member of the Alburgh Union Bible Church and the Ladies Aide Society. She was also a member of the Alburgh Grange and Public Library and was a longtime supporter of the Franklin County Humane Society. In earlier years, besides her responsibilities as a wife and mother, she assisted with the operation of the family dairy farm and worked as a cook for several years at the Alburgh Country Club and Shore Acres Inn and Restaurant in North Hero.

Besides her husband Clement of 49 years, Jennie was predeceased by two sisters, Ethel Blake and Hazel Patno and two brothers, Robert and George Braley.

Friends may call at The Kidder Memorial Home, 89 Grand Avenue, Swanton on Tuesday from 4 to 7 p.m.

Gifts in Jennie’s memory may be made to the Franklin County Humane Society, 30 Sunset Meadows, Saint Albans 05478.