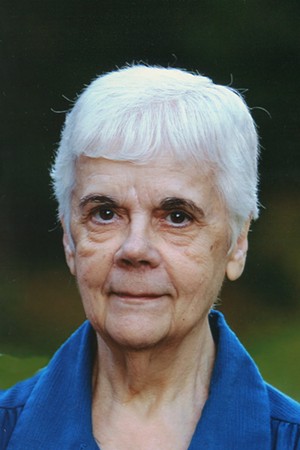 Born: April 15, 1940, Barbara was the daughter of Howard G and Winfred L (Demar) Lucia. Born in St. Albans, Vermont. Barbara attended Richford High School and was a graduate of the class of 1958. Barbara began her work career in 1958 at the Richford Savings Bank and later at the Franklin County Bank.

In 1963, she became assistant town clerk for the town of Swanton. In 1965 she was elected Town Clerk and Treasurer of Swanton and continued serving the town until 1977. In 1978 she started another career at Missisquoi Valley Union High School. Barbara was a pivotal force in the financial management of MVU resources. Barbara had been a key advisor with full understanding of the school’s budget and financial recording system Barbara was true, faithful, and conscientious in representing the interests of the schools administration and faculty, Barbara retired in 2002. After Barb retired, she spent time in helping care for her grandchildren, whom she dearly loved. Another favorite activity she had, was gardening. When her health allowed, she took great pride in her flower garden in her back yard.

Barbara is survived by her only daughter, Stacy L. Cadieux, and her companion Eric Leduc along with her two grandchildren, Lucas and Hannah Cadieux. She also has one brother, Peter Lucia, and wife Carol, and many cousins, nieces and nephews. There were also countless pet’s, especially cats, which Barbara would take in and care for. (Too many to list).

The family would like to give special thanks to the Franklin County Rehab Center, for all their special care of Barbara.

The Liturgy of Christian Burial will be celebrated Friday, July 1, 2016, at 1 p.m. from The Church of the Nativity of the Blessed Virgin Mary, 65 Canada St., Swanton. Father Luke P. Austin will be the celebrant and homilist. Assisting as Deacon will be The Reverend Mr. Joseph Sanderson.

The Rite of Committal and Interment will follow in St. Mary’s Roman Catholic cemetery.

In keeping with Barbara’s wishes there will be no public calling hours.

Gifts in Barbara’s memory may be made to the charity of your choice.