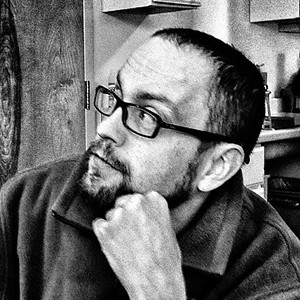 Jason Christopher Pratt, 47, passed away on the morning of November 6, 2021, at Berlin Meadows in Berlin, Vt., following a 13-year battle with multiple sclerosis.

Jason was born on July 29, 1974, in Berlin, Vt., the son of Leslie Charles Pratt and Diane Joan (Dussault) Pratt. He attended Montpelier public schools and graduated from Montpelier High School in 1992. He grew up playing baseball (coached by his dad), skateboarding, BMX biking, playing video games, programming on a Commodore 64, and running around like a ninja and playing outside in the elements with his friends.

From a young age, Jason devoured all the music available to a Vermont kid in the 1980s. When he was 14, after learning saxophone, he started playing guitar. The instrument unleashed a superhuman talent matched by a limitless musical curiosity. He had the will and determination to practice until his fingers bled, and within a few years he’d become a formidable and dynamic musician.

In the mid-'90s, Jason moved to Burlington, and by 1996 he was rhythm guitarist for the punk-rap band Dysfunkshun. The group released three CDs during his tenure and toured all over the East Coast, playing shows at storied venues including CBGB in New York City and the Bitter End in Portland, Maine.

Jason was a member of the Burlington music family during a rich and creative period in the Vermont music scene. He added a layer of smooth, danceable funk to Dysfunkshun’s punk roots that gained the attention of the music industry worldwide, especially with the releases of “Hi Fi Stereotype” and “You're Soaking in It.” His friendly demeanor won many friends, and his impeccable playing garnered respect from local peers, as well as legends of underground music. After seeing Dysfunkshun’s show at CBGB, Corey Glover of Living Colour said he had never heard anything like it, and he “loved it!”

After Dysfunkshun disbanded in late 2002, Jason continued to pursue his art and grow. He became interested in music production and recording, and he worked with numerous musicians and studios around Vermont. He always continued to tweak his beloved Fender Stratocaster, aka “the Prattocast,” to make it an instrument to match his musical passion and genius. He was an excellent sound engineer and provided sound reinforcement at the legendary 242 Main in Burlington for several years for a generation of young underground bands.

After MS stole his ability to play guitar, he switched to the ukulele yet remained immersed in music, as well as podcasting, however and as much as he was able. Later, he spent his time with Rubik's cubes and decks of cards, learning complex cube algorithms, card gaming theory/methods, tricks, and other sleights of hand.

Jason had a powerful stage presence, but he was a kind, smart, perceptive and soft-spoken person who was loved by many. He was known for his fierce self-reliance, despite the obstacles he faced as the MS progressed. He never complained much and always retained his unique and memorable sense of humor, even until the very end.

Jason was predeceased by his parents and leaves behind his brother and sister-in-law, James “Jamie" and Charity (Farquharson) Pratt of Montpelier; two step-nephews, Brennan and Evan Smith, both of Montpelier; stepmother Sharlene Pratt of Berlin; stepbrother Shaun Laflam of Williamstown; stepsister Tanya Chambers of West Topsham; numerous aunts, uncles and cousins; and many beloved friends, ex-girlfriends, ex-bandmates, musical colleagues and acquaintances.

In lieu of flowers or cards, please consider making a tax-free donation to the National Multiple Sclerosis Society in his name: mssociety.donordrive.com/campaign/jason-pratt-memorial-fund.

As he wished, there will be no public services. Instead, a benefit/memorial show is planned for June or July of 2022.

We would like to thank the staff at Central Vermont Medical Center and Berlin Meadows (especially Taneka and Stephanie) and all his family, friends and acquaintances for their support and condolences.