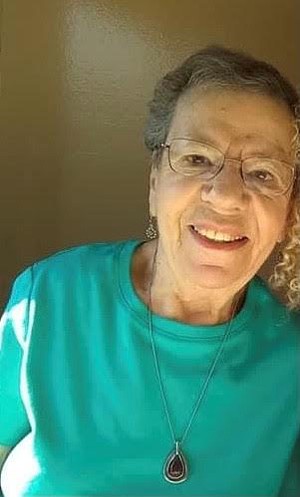 Born Giannetta Iolanda Cassarino on July 16, 1937, in Middlebury, Vt., she was the daughter of Sicilian immigrants John and Carolina Cassarino. She liked to tell the story of how she was committed to becoming Americanized and decided to go by “Jan.”

She graduated from Middlebury High School in 1955 and moved to Burlington to work for the telephone company. She married her true love, Robert "Bob" E. Handy, on May 25, 1963. They had four children, Mary, Lisa, Robbi and Earl. She was very active in their lives, attending school and sporting events.

As the kids grew older, Jan joined Bob in their family business, Handy’s Lunch. When Bob passed away in 1996, she continued to work at the diner until 2018 with her son Earl. When she was 80 years old, she was featured as a Super Senior on WCAX-TV — we all knew she was beyond "Super"! Jan enjoyed many things, especially Rice Memorial High School sporting events and Stunt Nite with her sister Agatha "Tootsie" Morrow.

She was predeceased by her parents, John and Carolina Cassarino; her brother Paul Cassarino; and her husband, Robert E. Handy. Jan leaves behind her children: Mary Small (Phillip) of Colchester, Lisa Manley (Mark) of Essex, Robbi Holmes (Adam) of Colchester and Earl (Alexis) Handy of Shelburne. She was fondly known as “Sito” by her grandchildren: Kaitlyn and Tyler Small; Ryan and Sara Manley; Harrison, William and Grant Holmes; and twins Genevieve and Nicholas Handy. She also leaves her brothers Joseph and Alfred Cassarino; sister, Tootsie; several nieces and nephews; treasured Sand Dunes friends at Barney’s Point; and numerous beloved friends and customers of Handy’s Lunch. Jan will always be remembered by all as a sweet, kind and loving person.

The family would like to thank the entire staff at the Respite House for their care the last few weeks. In lieu of flowers, it was Janet’s wish that donations be made to Rice Memorial High School (in memory of Janet Handy) and St. Jude Children’s Hospital. These are two organizations that were near and dear to her heart.