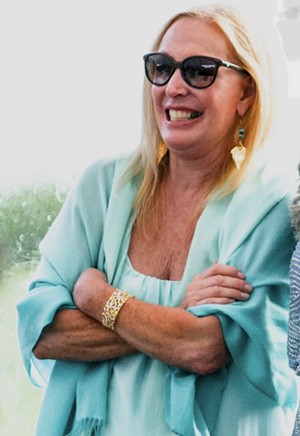 Jane Tudhope Shearer passed away peacefully at home on July 3, 2022.

Jane was born on September 24, 1952, to Douglas and Billie Tudhope. She
grew up in South Burlington and North Hero. After graduating from South Burlington High School and the University of Vermont, she was a special education teacher at the Folsom School in South Hero. She later joined her father at Tudhope Marine and Tudhope Sailing Center. In 1981, Jane married Bill Shearer.

Her days living in Shelburne were full of smiles and energy as she guided her children, and they included her many home projects, dogs, cats, trips to Gardenside Nursery and time on the water driving the family’s Boston Whaler. Jane also loved to travel — especially to the Caribbean and to Captiva Island, Fla. She was proud to be a Vermonter and to have lived her life on the shores of Lake Champlain.

Jane is survived by her husband, Bill; her son Dan (Tami), and their children, Henry and Charlie; her daughter, Courtney; her son Ben (Katie), and their children, Amelia and Valerie; her father, Doug Tudhope; and her sister Mary Tudhope and her children, Sarah and Peter. She also leaves her aunt, Janet Austin, and cousins Tod (Anne), David (Joanne) and Craig (Kelly). She was predeceased by her sister Sandy (2003) and her mother, Billie, (2021).

Arrangements were made through Gregory and Son Funeral Services.

In lieu of flowers, donations can be made to the Cancer Patient Support Foundation, where Jane was an active volunteer in support of her mother, Billie.

A private family memorial will be held at a later date.