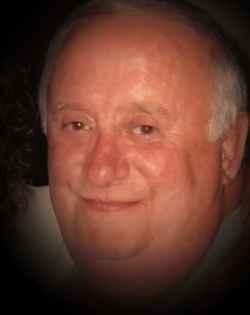 James Lucien Remillard a lifelong resident of this area passed away, Saturday, January 7th, 2017, at the St. Albans Healthcare & Rehab Center surrounded by his family.

Jim was a 1962 graduate of Bellows Free Academy, and he served his country in the United States Navy. For many years he was an over the road trucker for the Terry Hill Company. He was a member of Green Mountain Post # 1, American Legion.

Survivors include the love of his life for 33 years, Gloria “Jean” Hayden of St. Albans; his daughter, Tina LeClair of Milton, as well as eight grandchildren and one great grandson. He is also survived by Jean’s family, Scott Stevens and his companion, Maryellen Broadhead of Milton and Shawn Hayden and his wife, Lisa, of St. Albans.

In addition to his parents, Jim was predeceased by a son, Richard; his sister, Joyce, and brother-in-law, Frank Dutkiewicz.

A funeral service will follow at 3:00 PM with the Reverend Joseph Ikegbunam officiating. Interment will be at a later date in the family lot in Mount Calvary Cemetery.

As an alternative to flowers, memorials in Jim’s name may be made to the St. Albans Healthcare & Rehabilitation Center, Activity Fund, 596 Sheldon Road, St. Albans, Vermont 05478.

To send Jim’s family a written expression of sympathy, please go to his on-line guest book at www.healdfuneralhome.com.