Scientist, professor, and environmental and community activist was an inspiration to many young people 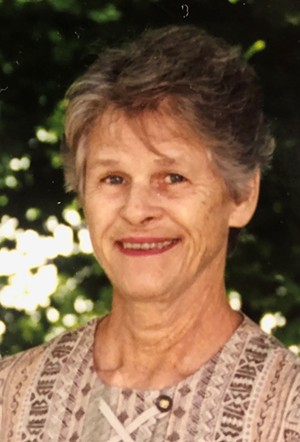 Helen Witton Gjessing died on January 29, 2022, in Shelburne, Vt. She is survived by sons Erland (Jonathan) Gjessing and Eric Kirchoff; daughter Catherine Gjessing; brother David Witton and his wife, Irene; daughter-in-law Ilsa Kirchoff; and the extended family of James McCarthy, Bill and Jean Sioss, and Kathleen McCarthy and their siblings and children. She is predeceased by her husband, Frederick Cheney Gjessing, and her son Craig Kirchoff.

Helen was born in Boston, Mass., on November 22, 1927, and spent most of her formative years in Concord, Mass. Helen was a gifted athlete and played field hockey and basketball and swam competitively. In later years, she learned to play tennis and played well into her seventies. She participated in school choir and retained a deep appreciation for music throughout her life, especially classical chamber music. Helen’s parents were divorced when she was young, and her brother William was killed in the Battle of the Bulge when she was in high school.

Helen claimed that she was not a good student and that other family members were “geniuses,” but her enduring curiosity and intellectual engagement in science, the natural world, history, current events, politics, and art and music were evident throughout her life. She got a BS from Beloit College in 1950 and a master’s in biology from the University of Massachusetts Amherst in 1952. After graduating, she worked as a laboratory research assistant in Boston, Mass.

On September 5, 1955, she married Frederick Gjessing in Glover, Vt. The couple moved to San Juan, Puerto Rico, and then to St. Thomas, U.S. Virgin Islands, in 1958. After spending a year in Europe in 1961 and 1962 so that Fred could complete a Fulbright Scholarship studying historic architecture, they returned to St. Thomas. They built a home, and Helen started teaching biology part time at the University of the Virgin Islands. Helen was an excellent cook, and she and Fred had wonderful parties and meals with friends and family. They had strong family ties and connections to the Northeast Kingdom and vacationed in Glover, Vt., every summer.

Helen eventually became a tenured professor and taught a number of classes, including genetics and microbiology. In addition to working full time, Helen raised four children and was a community and environmental activist. She focused on promoting government transparency, protecting the environment and human health, and sustainable development. She was an active member of the League of Women Voters and the recipient of numerous awards, including the League of Women Voters Impact Award and the Environmental Rangers Earth Day Award; she was also the first recipient of the Helen Gjessing Community Service Award.

Although she was an introvert, Helen had a great sense of humor, and she was a smart, tenacious, articulate and outspoken volunteer advocate. She was an inspiration for many young women as well as men pursuing the sciences and environmental activism.

In 2014, Helen moved to Vermont and settled at Wake Robin in Shelburne. Helen was loved and respected by all who knew her well, and she will be missed. A special thank-you to the Wake Robin staff and Bayada Hospice staff.

A celebration of life will be scheduled in Vermont at a later date and sometime this summer in St. Thomas, USVI.