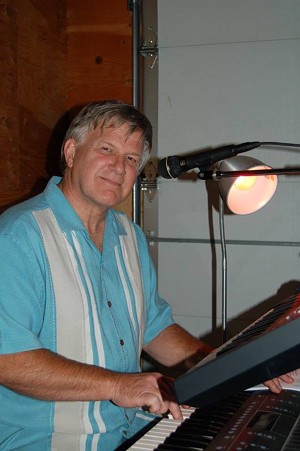 On September 29th, 1973, in Holy Angels Church, he married Deborah Jacques, who survives him.

Greg was a 1972 graduate of Bellows Free Academy, following which he had his own band “66 City Band”. More recently he was owner and operator of Martell’s at the Red Fox in Jeffersonville. He also was a member of the Cambridge Chamber of Commerce.

Greg is survived by his wife of 43 years, Deborah, of Jeffersonville; their sons, Michael Martell, Matthew Martell and his wife, Melanie, and Mark Martell and his fiancé, Emily Boek, as well as his 6 grandchildren, August, Francis, Charles, Dylan, Evelyn and Lillian.

Relatives and friends are invited to attend calling hours on Wednesday, April 5th, 2017, from 4:00 to 7:00 PM at the Heald Funeral Home, 87 South Main Street, St. Albans.

Please join us for a celebration of life honoring the legacy of Greg Martell which will be held on SATURDAY, JUNE 3rd, 2017, at Martell’s at the Red Fox.

In lieu of flowers, donations may be made to the Cambridge Arts Council, P.O. Box 436, Cambridge, Vermont 05444.

To send Greg’s family a written expression of sympathy, please go to his on-line guest book at www.healdfuneralhome.com.