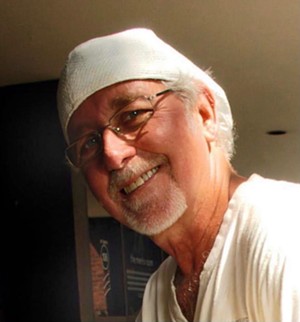 Glenn Sautter passed away on April 12, 2022, at the McClure Miller Respite House in Colchester, Vt. His two-year fight with a rare disease known as corticobasal degeneration never kept him from living each day with the spirit he brought through his ever-present smile. His smile simply said, "I love life, and I love you." Those who knew Glenn and his battle with this disease often referred to him as a peaceful warrior. Indeed, he was!

Glenn attended Wilford Beauty Academy. He graduated as a standout talent and soon went on to be named among the top 10 hairdressers in the area by Philadelphia magazine. Glenn started several successful businesses. His first was outside Philadelphia, and it grew into a large, full-service salon that brought clients from all over the tristate area. His next several businesses were founded in Vermont, where he moved with his family in the late ’80s. Salon Salon in Stowe and the Men’s Room in Burlington are still in high demand as his daughter, granddaughter and daughter-in-law carry forward his legacy.
Glenn was an incredible father, grandfather, uncle, brother and partner. He always provided the loving support his four kids and four grandchildren needed, but he also knew how to scare the daylights out of them with countless adrenaline-fueled roller-coaster rides and horror movies at his favorite theme parks and theaters. Glenn really enjoyed traveling and relished in sharing his experiences with all those he loved.

Glenn is survived by his dedicated partner, David Morrill, and his loving sister Susan Sautter. He was a proud father of three sons and a daughter: David, Bryan, Eric and Jennifer. Equally loved were his daughter-in-law Michelle Sautter, and his grandchildren Sage and Zoe Ruffle and Cole and Dylan Sautter.

A celebration of Glenn’s life will be announced along with the location at a later date. His ashes will be divided among loved ones and spread accordingly in each one’s special way. One such event is planned by his sister Susan, who intends to return Glenn’s ashes to Pennsylvania to the cemetery plot where his dad, mom and brother Harry Albert Sautter lie. In lieu of flowers, please help with research efforts for corticobasal degeneration and donate to the PSP and CBD Foundation at pspcbdfoundation.org