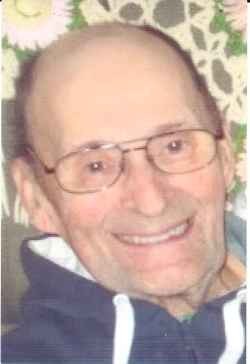 Glendon Harrison “Glen” Lambert a lifelong area resident passed away Thursday, March 31, 2016, at The Villa with his loving family at his side.

On April 17, 1971, in Swanton, he married Elizabeth Winifred Perry, who survives him.

Glen attended St. Anne’s Academy in Swanton while working on the family farm. He joined the U.S. Army and upon his honorable discharge in 1956, he joined the Vermont National Guard and received his honorable discharge in 1961. Following his discharge from the Army he went to work at the Sheldon Pulp Mill. He also was employed at the Foundry in Swanton, Lucille Cheese Plant and Georgette Bag Factory and then retired as a Security Guard with Double Eagle Security.

He was an active member at the Church of the Nazarene in St. Albans, enjoyed puttering around his home and loved to watch TV, especially Western and Action shows.

Survivors include his wife of 44 years, Elizabeth, of East Highgate; their children, Melissa Bessette and husband, John, of East Highgate, David Lambert and wife, Melissa, of Enosburg and Adam Lambert and his companion, April Chevalier, of St. Albans as well as five grandchildren and one great-grandchild.

Glen is also survived by his sister, Ruby Charbonneau of Burlington; sisters-in-law, Barbara Dixon and husband, Donald, of Enosburg, Penny Smith and husband, James, of Burlington and several nieces, nephews and cousins. In addition to his parents, he was preceded in death by his brother, Lawrence Lambert and sisters, Marjorie Loiselle and Mary Getty.

A funeral service will then follow at 5:00 PM with Pastors Ray and Debbie Mann officiating. Interment with military honors will be later this spring at the family lot in Sheldon Village Cemetery.

Assisting Glen’s family is the Heald Funeral Home where message of condolence are welcome at www.healdfuneralhome.com.