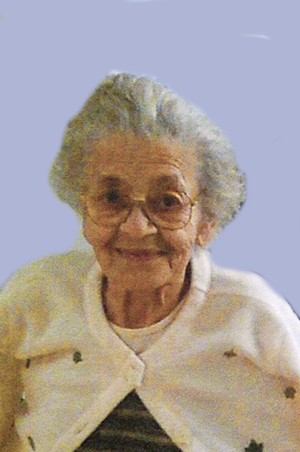 Mrs. Geraldine Lillian Dexter, age 90 years, and a resident of this area since 1942, died late Monday evening, December 15, 2014, in the Franklin County Rehab Center with loving family at her side.

Born in Colchester on February 17, 1924, she was the daughter of the late Clarence Jay and Lillian Emily (Collier) Purvis. She graduated from Essex Junction High School and on September 29, 1942, was married to Earl Thomas Dexter who predeceased her on March 15, 1983.

From 1965 until her retirement in 1992, Geraldine was associated with the United States Postal Service and for 27 years served as Post Mistress of the Highgate Springs Post Office. As an active member of her community she was a parishioner of Nativity of the Blessed Virgin Mary / Saint Louis Parish as well as the Nativity Altar Society. She was also a member of the Highgate Historical Society and the National Association of Retired Persons. Geraldine will be especially remembered for the many years that she served as trustee and caretaker of the Little White Church in Highgate Springs.

Besides her parents and husband Thomas she was predeceased by a brother, Joseph Arthur Purvis and a grandson, William “Billy” Dexter in 1995.

The Liturgy of Christian Burial will be celebrated Saturday, December 20, 2014, at 11 a.m. from Saint Louis Roman Catholic Church, 186 Lamkin Street, Highgate Center. Father Luke P. Austin will be the celebrant and homilist. The Rite of Committal and Interment will follow in Saint Louis Cemetery.

Friends may call at The Kidder Memorial Home, 89 Grand Avenue, Swanton on Friday from 4 to 7 p.m. Father Austin will lead a Vigil Service at 6:45 p. m. and will remain available after for private confessions.

Gifts in Geraldine’s memory may be made to The Little White Church in Highgate Springs, in care of, Pauline Bertrand, P.O. Box 165, Highgate Springs 05460 or to The Highgate Historical Society, in care of Curator Charles Nye, 3181 Vermont Route 78, Highgate Center 05459 or to the Franklin County Rehab Center, 110 Fairfax Road, St. Albans 05478.