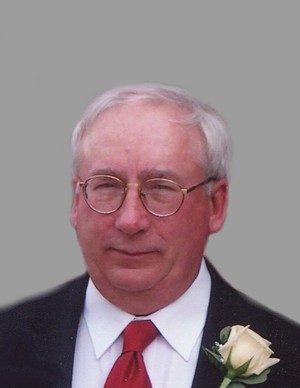 George Lawrence (Tim) Hopkins, Jr., whose Hopkins Auto Service here created a new market in three states for 1986-1996 model Volvos and a painting firm for interior and all aspects of commercial and residential properties here and in the Canton, Georgia, region died at his home on Main Street here in the early morning of November 2.

His sister, Frances Gibbes Hopkins, said the cause was a heart attack. He was 67 years old and had been in apparent good health.

In early 2000, Tim was also widely known in Antique Tractor Pulling circles, keeping records, selling advertising for the Tractor Pulling Bulletin, and competing. When he won top slots in two weight classes with his 1956 WD Allis Chalmers at Shelburne Farms in 2002, he was asked what he liked about the sport, replying, “This tractor was at work on the farm when Dwight Eisenhower was president, Elvis Presley appeared on the Ed Sullivan Show, and Micky Mantle won the Triple Crown.”

“He always brought a smile to my face,” said Haston Library Director Kathleen Engstrom who with many in the village knew him as a painter whose care with his work became his trademark. He was at work at several locations in the village and had been hired in October to paint the East Franklin Church next summer.

“He was someone who was always giving a helping hand, very well-spoken, a lover of history, a friendly and outgoing person,” Fran Hopkins said.

For a man who spread good will amid his fellow townspeople quietly, it gave them pleasure to see him at work at its most public building, the Haston Library, wearing his signature paint-spotted shorts, surrounded by pots of paints and tools to make minor repairs. But his appearance at a recent Franklin United Church’s turkey dinner was a surprise, dressed as he was in tie, a latest style autumn-orange jacket, creased khaki pants, and polished, dark leather shoes. Often urged to run for public office, he seemed to be just the man for it.

“Always ready and willing to help in any way he could, he was giving me advice about my cantankerous Volvo three days ago,” wrote his lifelong friend, John Pierce, in a Facebook posting. “He was unfailingly generous, benevolent, and charitable. He was a person….who would help with any public-spirited project, or to assist any person who needed a helping hand.”

“As a 10-year-old or so – it was Timmy or Hoptimmykins in those days – he started coming to the Pierce farm nearly every day during the summer. He rode his blue bike from the Hopkins homestead in Franklin village to the farm about three miles away….the Pierce brothers (Kenton & John) …. Learned to ride a two-wheeler on Timmy’s blue bike. Timmy was more cosmopolitan than the Pierce boys, and ushered them into worlds they otherwise probably wouldn’t have visited.”

The posting went on, “For example: snakes. The farm used an Allis-Chalmers round bailer; it wasn’t necessary to promptly stow the bales in the barn, since rain would run off the tightly packed round shape. It was necessary, however, to turn the bales 180 degrees before picking them if they had been on the ground several days, so that the damp underside could dry out.

“It was boy’s work to roll the bales over and …all sorts of creatures could be found, including snakes. Kenton and John were…wary of snakes, but not Timmy. The three boys reasoned that since snakes were cold-blooded, they would keep you cool in a hot hayfield if put in your shirt or under your hat. So they tried it.”

And there were cows and there was music.

John Pierce write, “ He talked to the cows…we had no idea what he was saying but the cows seemed to understand, and to have a small pocket transistor radio was necessary at all times…[It] would sound pretty good when placed with the speaker down on the mouth of an open jar. We preferred popular rock—mainly doo-wop and Motown at the time. We would change the station on the barn radio during chores, but the adults would change it right back to CJAD and their fuddy-duddy music. Later on Timmy interested me in classical music, especially music you could drum your fingers and whistle to. Movie theme music by Max Steiner and Dimitry Tiomkin were special favorites.”

George (Tim) L. Hopkins, Jr. was born February 23, 1948 in Hagerstown, Maryland, and spent his childhood in nearby St. James where his father, at St. James School, taught all the science classes and upper-level mathematics courses as head of the Math Dept., directed the chapel choir, Glee Club, and Delta Society, and played the chapel organ. In 2011 Tim attended a ceremony at St. James where his father was elected into the Kerfoot Society for Distinguished Faculty and his portrait was unveiled. “It is so great to have him remembered at Saint James. He and mother dearly loved the school.”

At the school his mother, Caroline Elizabeth (Betty) Hackett Hopkins assisted at the school switchboard, helped in the bookstore, and every week arranged the flowers for the Sunday campus religious service and began raising three children. In 1965 they moved to Dobbs Ferry, N.Y., where Tim’s father, Larry, was head of the math department at a private girls’ secondary school. They retired to Franklin to Larry’s grandparents’ home in 1985. Tim attended St. James School and Dobbs Ferry High School, and was graduated from Bellows Free Academy in 1968. He attended Johnson State College and Castleton State College after leaving BFA.

Tim Hopkins was predeceased by his mother and father, and by a sister, Barbara, who died in 1967 of Marfans Syndrome.

He leaves his former wife, Dodie Fretwell, a stepson and stepdaughter, Dusty and Destiny LaBossiere, all of Marietta, Georgia, and his ex-sister and brother-in-law Dedra and Joe Meyer of Woodstock, Georgia.

A Memorial Service will be held at Franklin United Church on Nov. 13 at 1:30 p.m. The Reverend Jason McConnell will officiate. Interment will take place at the family lot in the Franklin Village Cemetery at a later time.

Gifts in Tim’s memory may be made to the Haston Library in Franklin, and to the National Resource on Attention Deficit Disorder in Adults and Children, at www.CHADD.org.

This remembrance obituary was prepared by Nat Worman of Franklin with the assistance of Tim’s sister.

Arrangements are under the direction of The Kidder Memorial Home, Swanton, Vermont.