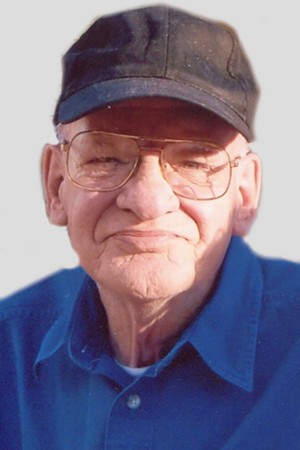 George Henry Foster, Jr., died early Friday morning, July 15, 2016, at Our Lady of the Meadows in Richford with loving family at his side.

Born in Peacham, VT, on July 24, 1934, he was the son of the late George Henry, Sr., and Zerella (Archilles) Shute. He graduated from Peacham Academy and on December 10, 1955, he was married to the former Audrey Crosby who predeceased him on December 19, 2009, following 54 years of marriage.

A carpenter by trade George worked several other jobs in the area including taking meticulous care and maintaining four Swanton cemeteries on a daily basis. His hobbies included woodworking, caneing of chairs, fishing, camping, watching birds and especially spending time with his devoted wife Audie.

Besides his parents and his wife Audrey, George was predeceased by a son, Kevin Foster and a brother, Robert Foster.

The Foster family would like to extend their sincerest thanks to the management and staff of Our Lady of the Meadows and the St. Joseph’s Memory Care Unit, especially Claire Doe, for all the love and support given to George.

A Funeral Service will be held Friday, July 22, 2016, at 2 p.m. from The Swanton Christian Church, Academy St., Swanton Village. Pastor Daniel Brueckner will officiate. Interment will follow at the Foster family lot in Riverside Cemetery.

Gifts in George’s memory may be made to the Alzheimer’s Association of Vermont, 300 Cornerstone Drive, Suite 128, Williston, VT 05495.