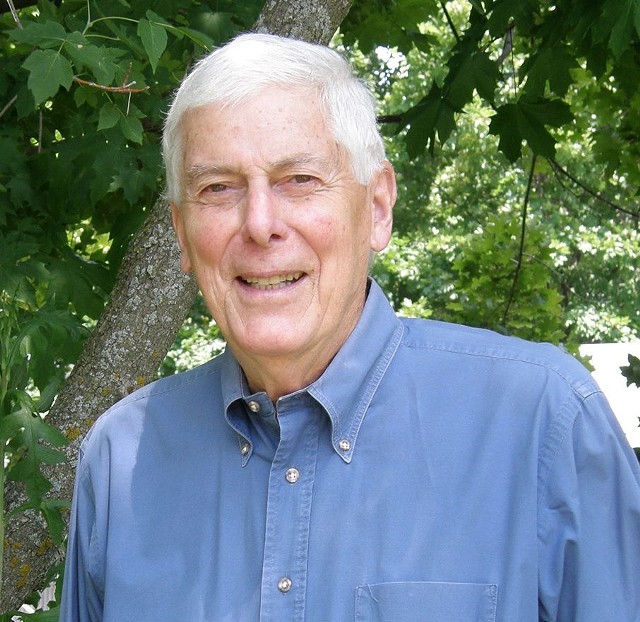 George Anthony Schiavone, 90, of Shelburne, Vt., passed away on August 10, 2020, after battling glioblastoma with his usual optimism and grace. He was born July 28, 1930, in Poughkeepsie, N.Y., to George Anthony Sr. and Margaret (Flynn) Schiavone. George had an aptitude and love for engineering at a young age, tinkering with and repairing the family car. He earned a bachelor of science degree in electrical engineering from Clarkson University in 1951 and immediately went to work for General Electric in Erie, Pa., as an electrical engineer.

George married the love of his life, Linda Gieringer, on July 18, 1959, in Erie. They were married for 61 wonderful years of devotion, laughter and adventure. George had an intense love and deep appreciation for Linda and continued letting her know every day until the end.

George and Linda moved to Vermont in 1959, which he described as “one of the best decisions" of his life; he loved this state and was grateful to live and raise his four children here. His fulfilling career at General Electric continued in Burlington, where he made many lifelong friends and retired as manager of engineering in 1992. George had many adventures with the family, often hiking, biking, sailing and skiing. Ever the inventive leader, he created “Uncle George’s tours,” including hiking Diamond Head in Hawaii, clamming in Nantucket and many biking trips. He dedicated his energy and time to his children and grandchildren, supporting them in their various endeavors.

Serving his community was of the utmost importance to George. He was a dedicated public servant and was highly respected by his peers. George served as a member of the Vermont House of Representatives for Shelburne from 1992 to 2005. He volunteered for and chaired the boards of the Burlington Emergency Shelter and Northern Vermont Red Cross, and he was a board member of the Board of Civil Authority, Champlain Valley Union High School, YMCA, Saint Michael’s College Association and Lake Champlain Bridge Commission. He also was a justice of the peace and volunteered for Junior Achievement, Athletic Boosters at Rice High School, Green Up Day, Shelburne Rotary and as Republican National Committeeman — a position he especially enjoyed.

George was a man of extensive and diverse interests, all of which he pursued ambitiously. He was an avid alpine skier, skiing up until he was 89! Hiking, cycling and distance running were other passions. George ran (impressive times) in seven marathons, including the Boston Marathon, New York City Marathon and the Marine Corps Marathon. He was methodical and thoughtful in his endeavors and life in general, keeping yearly logs and taking notes daily. George had an innate curiosity and insatiable love of learning. He tackled conversational Italian, German, Japanese and French, taking a college French class at the age of 85! In any environment, George delighted in befriending everyone and learning their stories. Another passion was tinkering with and driving his 1952 MG TD, often in local parades.

George loved and lived life to its fullest, with endless optimism and boundless energy. His unparalleled sense of humor and wit brought joy to every day. Caring deeply about people, he found the unique and positive qualities in everyone he met. He was a gracious man, even throughout his illness, choosing to focus on others and finding beauty in each and every day. George’s deep faith guided him always, and he was an active member of the Essex Alliance Church. George and Linda shared this faith intensely.

Many thanks to Dr. Landry, Dr. Tranmer, Dr. Thomas and Dr. Unger — an amazing team. And thanks to his respite nurse Andrea Dewey and to Dr. Clough and all the wonderful staff at the McClure-Miller Respite House. A heartfelt thank-you also goes out to George and Linda’s neighbors, community and friends for all the love and support they’ve provided over the past eight months.

A private burial service was conducted on August 17, 2020, by Pastor Scott Slocum. The family would like to thank him for such a peaceful and comforting service.