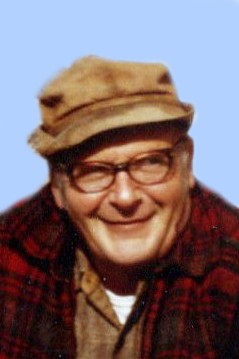 George, another member of Tom Brokaw’s Greatest Generation, has slipped away. Feisty to the end, George found peace on January 2, 2017, after more than 100 years of living life to the fullest on his terms. Business man, patriot, husband, father, uncle, grand and great-grand parent and, of course, curmudgeon, George will join his beloved wife, Elinor; stepson, Jack Shivery; father, Harold A. Spear; mother, Sarah Savage Spear; stepmother, Sarah O’Connor Spear; brothers, Kenneth and Leo; and sisters, Genevieve, Ruth and Helen, and everyone whom he loved, including his beloved Labradors who have patiently waited for him at Rainbow Bridge to cross into the Kingdom of Heaven together.

Born in Burlington on December 5, 1916, George’s mother, Sarah, died during the Great Spanish Flu Pandemic of 1918. Until his father remarried, he was raised in the house of his Aunt Lillian and Grandfather John Savage, both of whom also lived well past 100 years.

George spent his early years in Burlington and Essex, spending every summer at his grandparent’s lakeshore property in Grand Isle or at a rented cottage on the West Shore. Moving day to Grand Isle during the 1920's was quite a scene with kids and dogs hanging out of every window of H.A.’s old LaSalle Touring car. Trunks were piled on the roof and rear and on the running boards. Tied on the top of the trunks and on the seats beneath the sitting kids were several crates containing H.A.’s much pampered live duck decoys. Blackie, Blind Eye and Lamey (he lost a leg to a snapping turtle) received preferential treatment, together with another dozen or so quacking, flapping Black Ducks. Waterfowl hunting throughout Lake Champlain and the St. Lawrence occupied George and H.A.’s every Fall. After the enactment of the migratory Bird Treaty, the flyer and caller Judas ducks became only pets but continued to be pampered and honored, though probably not by their wild feathered brethren.

George joined the family glove business upon graduating from Burlington High School where he excelled, under Coach Buck Hard, at baseball, earning the nickname Two Bagger for his propensity for hitting doubles or stretching long singles into doubles. The business, which was begun by his great-grandfather Elias in the 1840's, soon became H. A. Spear & Sons. George became the principal salesman traveling throughout New England and New York, exhibiting the company’s renowned line of deerskin gloves and mittens under the Spearson brand. The business, still known as H. A. Spear & Sons, continues today under the able control of George’s nephew, Thomas.

In 1938, at a dance in South Hero, George was introduced by Gertrude and Charlie Parrott to Elinor Mae Winslow, a striking, dark haired beauty from Wilmington, Delaware, who became the love of his life. After a long courtship, George and Elinor were married in March, 1941, while he was serving in the 172nd Infantry Regiment. George embraced Elinor’s son, John (Jack) Shivery as his own, and they all maintained a lifelong loving commitment to each other until Elinor’s death in 2001 and Jack’s in 2016. Ned joined the family in 1943 and Peter in 1949. Elinor never rushed anything.

World War II was the defining period in George’s life. Released from the 172nd Infantry prior to Pearl Harbor, George rejoined the Army in time to experience Okinawa where, because he was then 29 years old, the men in his platoon knew him as “Pops”. He communicated with many, including his best buddy, Chester Swank, until their deaths. He was immensely proud of his own service and the combat service of his brothers Leo (Normandy, Aachen, The Hurtgen Forest, Battle of the Bulge) and Kenneth (anti-submarine warfare in the Carribean and South Atlantic), as well as his nephew Jesse (Special Forces Afghanistan and the desert) and grandson Daniel (Bosnia, Kuwait/Iraq).

While not given to philosophical reflection, George subscribed to the belief that, while Okinawa was the worst experience of his life, it was one which he would not have missed for anything.

No one could ever quite equal Elinor’s apple pie, baked beans or Yorkshire Pudding. That said, in reality, George never met a pie he didn’t like. A Mason for more than 70 years, George, the first president of the Essex Optimist Club, was active throughout his community in small, but subtle ways. A skeet shooter all of his adult life, he received a plaque from the Franklin County Sportsman’s Club commemorating 75 years of shooting. He was never more pleased than when he’d post 25 straight with his .410.

A Funeral Service will be held Friday, January 6, 2017, at 12 Noon from The Kidder Memorial Home, 89 Grand Avenue, Swanton. The Reverend Kerry T. Cameron will officiate. Entombment will follow to await spring interment at the Spear family lot in Fairview Cemetery, Essex Junction.

Gifts in Mr. Spear’s memory may be made to Vermont Ducks Unlimited, Northwest District, in care of, Jason Wetherby, 4 Baker Street, Alburgh 05440.