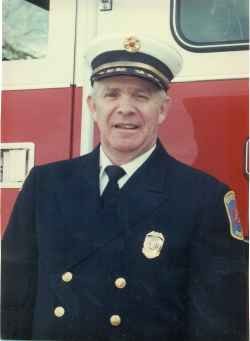 Gary Glendon “Chief” “Scooter” Palmer, a lifelong resident of this area and retired Fire Chief of the St. Albans City Fire Department, passed away unexpectedly, Monday January 16th, 2017, at the Northwestern Medical Center with his family at his side.

Gary was born in St. Albans on October 12th, 1948, the son of the late Glendon and Catherine (Conlin) Palmer. He was 68 years old.

Gary was an avid deer hunter and always looked forward to the fall and the “Palmer Boys” outings. He enjoyed spring for maple sugaring time and summer for their many family camping trips. In his younger years, Gary and his brothers raced at Catamount, Barre and in Canada. Most importantly, Gary was a family man; he enjoyed so many fun times with his family and friends.

Survivors include his wife of 43 years, Mary, of Georgia; their children, Tamera Bourque and her husband, Paul, of West Boylston, MA, and Timothy Palmer and his wife, Betsy, of Georgia as well as his grandchildren, Benjamin and his fiancé, Shyanna, Emma, Julia and Megan and step grandchildren, Brett, Thomas, Jake and Meghan.

Gary is also survived by his brothers, John and his wife, Sharon, of Florida and Brent and his companion, Peggy Gaudette, of Milton; his sisters, Patricia Ledoux of Fairfax, Cheryl Palmer of St. Albans and Melinda Picard and her husband, Victor, of St. Albans; sister-in-law, Leona Palmer of Georgia and his faithful canine companion, Gracie.

In addition, Gary leaves his brothers and sisters-in-law, Talbert and Betty Hill, Phillip and Marie Hill, Carla and Mike Smith, Bonnie Hill, James Hill and Arnold and Cindy Hill as well as many special nieces and nephews.

A Mass of Christian Burial will be celebrated on Monday, January 23rd, at 11:00 AM, at Holy Angels Church (due to size) 245 Lake Street, St. Albans. The Reverend Maurice J. Roy and The Reverend Henry P. Furman will con-celebrate. Interment will follow in the family lot in Hope Cemetery.

To send Gary’s family a written expression of sympathy, please go to his on-line guest book at www.healdfuneralhome.com.