Wife, mother, friend and education professional touched the hearts of many 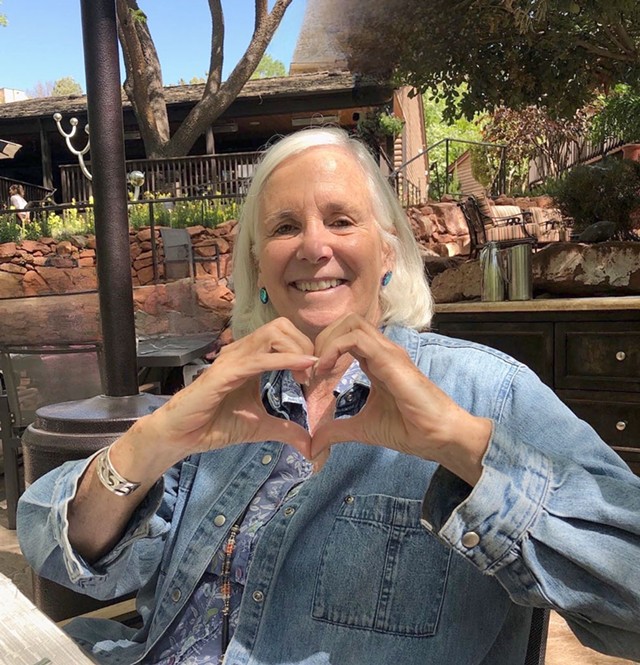 Florence “Dolly” Shaw Wisener, 77, of Prescott, Ariz., passed away peacefully in her home in July 2022. How do you write the final words for a wife, mother, dear friend and education professional whose remarkable life touched the hearts of so many?

Born in February 1945 in Burlington, Vt., Dolly inspired all who came under her energetic spell. After spending much of her childhood between Burlington and Denver, Colo., she attended the University of Colorado at Boulder and went on to complete a master’s degree at the University of Vermont. Dolly met her husband, John, through friends; they became roommates and finally became a couple shortly after that. They married in July 1980 and lived for each other for 42 years. Dolly was always a champion of the underdog with a heart of gold but — as many experienced — also a force to be reckoned with if crossed on a core issue. She was always willing to go to battle to right a wrong.

Twenty-seven years ago, the synergies of the heart led us across the world to China with all the trials and tribulations of adoption. Our daughter, Anya, has been our greatest gift from God. We cannot be prouder of her accomplishments and her beautiful life in Rhode Island. She is now proudly Anya De Vito, married almost two years to her beloved husband, Andrew. We could not have been more pleased by this union with her new family, including Andrew’s parents, Mike and Peggy, and his three sisters. They, like the Shaw family, have taken Anya in as their own. Dolly and I are so blessed for their union.

Dolly’s humanity is reflected through Phoenix, whom we took into our hearts as a 6-year-old many years ago. Aptly named, Phoenix has raised herself from the ashes of difficult beginnings to blossom into a wonderful mother, grandmother and practicing attorney. We are proud of her as a person and a professional contributing to the world.

Dolly had a long and successful career at Champlain College, where for 40 years she proudly inspired young adults, wearing many hats as the director of human resources and career services at the college. Dolly was privileged to help the college grow from a two-year school to a four-year institution and to inspire her colleagues to attain their highest potential. Most importantly, Dolly grew into a Myers-Briggs guru, which allowed her to help students find their passions and unleash their own greatest gifts onto themselves and the world.

We were privileged to have witnessed Dolly’s last breath on this planet, passing on to spirit two days after our 42nd anniversary. It was humbling to bear witness to Dolly’s transition alongside Anya, Andrew and nephew Tony. Even though our wedding vows say “until death do us part,” Dolly, my love for you is always imprinted on my soul and heart, your spirit never to be forgotten.

Dolly’s passion was education. The organization KDEF, Kenya Drylands Education Fund, has provided high school education and beyond to young women of northern Kenya. In lieu of flowers, please send a donation to P.O. Box 505, Manchester, VT 05254 or online at kdef.org.