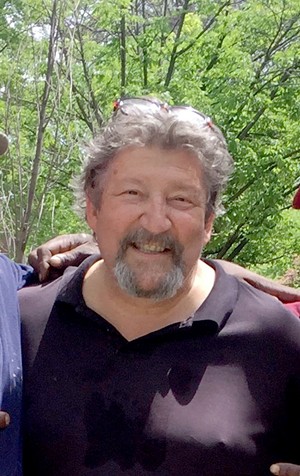 Eric Zencey, professor, writer and social critic, died on July 1 at his home in Montpelier. His wife, Kathryn Davis; daughter, Daphne Zencey; and sister-in-law Anne Davis were at his side. He was 65.

Eric arrived in Vermont in 1980 to teach at Goddard College, quickly developing a deep love for his adopted state. It was at Goddard where he met Kathryn and where they were married, building a life together and raising their daughter, Daphne. Eric adored hiking Camel's Hump, swimming in #10 Pond, walking with Kathryn and their dog in Hubbard Park, and kayaking with Daphne at Wrightsville.

Eric spent his career teaching courses that explored crosscurrents among economics, philosophy, political science, history and ecology. In addition to Goddard, he taught in Empire State College’s International Program, was a visiting lecturer in the Sam Fox School of Architecture at Washington University, and taught in the Honors Program at the University of Vermont, where he was a fellow at the Gund Institute.

Most of his writing focused on the subject of ecological sustainability, publishing Virgin Forest: Meditations on History, Ecology and Culture; The Other Road to Serfdom and the Path to Sustainable Democracy; and Greening Vermont: The Search for a Sustainable State. In addition, his novel Panama became a national best seller in 1995. These works had been supported by fellowships from the Guggenheim, Bellagio-Rockefeller and Bogliasco foundations.

Over the years, his commentaries appeared in several publications, including the New York Times, and he was quoted on both NPR and in the Harvard Business Review.

Eric is survived by his wife, Kathryn, and his daughter, Daphne, as well his brothers Carl and Matthew Zencey. He was predeceased by his parents, Ruth and Charles Zencey, and half-brother C. Frank Shaw. In the months before his death, he raised more than $100,000 to endow the Eric Zencey Prize in Ecological Economics. Contributions in his memory may be made to the Eric Zencey Prize through the UVM Foundation, 411 Main St., Burlington, VT 05401. A memorial service is planned for September 29 in VCFA’s Chapel.