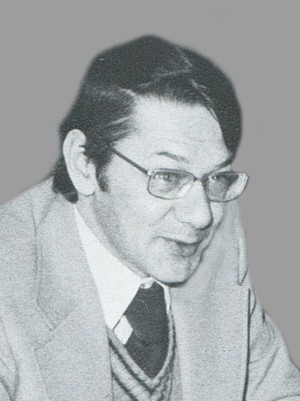 Born in Frelighsburg, Quebec Canada on January 31, 1938, he was the son of the late Joseph and Louise (Piette) Lagrandeur. He was a 1957 graduate of Richford High School and furthered his education at Johnson State College graduating in 1961. He spent most of his working life in education beginning in 1961 at Swanton High School and from 1970 until retirement at Missisquoi Valley Union High School. He was later employed by the Franklin Northwest Supervisory Union writing grants for the Bilingual Program. He later worked for Vermont Associates and Training assisting with job placement and writing grants. Emile loved his family especially his grandchildren and enjoyed cars, reading and his many trips to the Gibou in Montgomery Center. He especially enjoyed his pets.

Emile leaves his daughter Stacy L. Cadieux and companion Eric Leduc and two grandchildren, Hannah Rae and Lucas Michael Cadieux all of Swanton. Also surviving is his former wife and mother of his daughter, Barbara Lagrandeur of Swanton; brother and sister-in-law, Pete and Carole Lucia of Berkshire and a special friend Winnie Foley of Saint Albans.

The family would like to give special thanks to the University of Vermont Medical center Palliative Care Unit for their special care of Emile.

A Private Memorial Service will be held at the convenience of the family.

At Emile’s request there will be no public calling hours.

In lieu of flowers, gifts in Emile’s memory may be made to the Franklin County Humane Society, 30 Sunset Meadows, Saint Albans 05478 or to the charity of your choice

Arrangements are under the direction of The Kidder Memorial Home, 89 Grand Avenue, Swanton 05488.