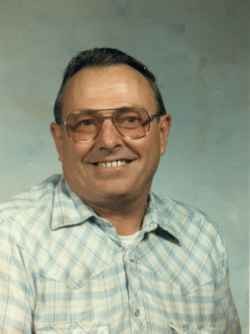 Elton Frederick Dashno, 81, a longtime area resident passed away on Sunday November 6th, 2016, at Northwestern Medical Center with his family by his side.

Born in Fairfax on April 4th 1935, he was the son of the late Herbert and Clarabelle (Bruley) Dashno.

On December 20th, 1953, in Worcester, MA Elton married Thelma Constantine, who survives him.

Elton attended Swanton High and retired from HP Hood, following 24 years of service. He then went on to be Head Custodian at the St. Albans Town Central School retiring after 14 years of service. He was a longtime member of St. Paul’s Methodist Church and enjoyed doing jigsaw puzzles, dancing, wood-working and garage sales.

Elton is survived by his sister in laws, Peggy Crowley and MaryAnn Dashno (Andre Laroche), nephew, Peter Dashno and his canine companion, Rocky.

In addition to his parents, Elton was predeceased by his brothers, Arnold, William “Babe”, Wendell “Dash”, and Robert “King” Dashno.

Funeral Services will be Saturday November 12th at St. Paul’s Methodist Church at 11:00 AM.

To offer a written expression of sympathy, please go to www.healdfuneralhome.com.