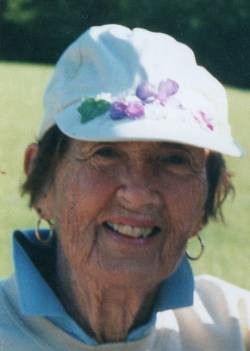 Elizabeth K. “Libby” Whiting passed away Sunday evening, April 15th, with her loving family by her side. She was born in Northfield, VT on March 29, 1926 to George and Ellen (Lackey)Kingston. After graduating from Northfield High School, Libby went on to graduate from The Fay School of Boston, earning her secretarial degree. Libby married W.W. “Red” Whiting on January5, 1952 in Northfield, VT, and together they raised their daughter Mary.

went on to open a home-based kindergarten program in 1965-1966. She then established the

St. Albans Kindergarten in 1967, where she served as both director and team teacher. She

continued her education, focusing on child development and early childhood education at both

Johnson State and Champlain Colleges. She retired from the St. Albans Kindergarten when the

program closed in 1977 and the kindergarten program became part of the City School. Libby

continued to work with kindergarten children, for that was truly her passion, by volunteering in

Sally Lawyer’s classroom. Later in life, Libby worked as a courier for the former Franklin

Libby loved learning, laughing, and everything life had to offer. She loved traveling and was a

proponent of “lifelong learning” and self-improvement, encouraging those around her to expand

Medical Center, where she enjoyed her time with the other volunteers. She was a member and

former president of the Autonoe Club, Business & Professional Women, as well as the NWMC

Libby enjoyed spending summers in South Hero at their camp on Keeler’s Bay. She most

enjoyed family gatherings- spending time with her brothers, sister, and their families on the lake

in South Hero and in Northfield; and with her daughter and son-in-law and their children; and

most recently her great-grandchildren. She leaves us with fabulous, fun-filled memories and

countless humorous stories of time with their beloved “Gigi”.

Libby is survived by her daughter Mary Whiting Howrigan of Fairfield, her grandchildren and

Sam and Chellsey Howrigan, and Sawyer of Fairfield; and Ben Howrigan and his fiance Jessica

Pillsbury of St. Albans. She is also survived by her sister and brother-in-law Anne and Robert

Loebl of Holland, MI; her brother and sister-in-law Thomas and Patricia Kingston of Sarasota,

FL and South Hero, VT; and many nieces and nephews with whom she enjoyed spending time

with through the years. She was predeceased by her parents George and Ellen Kingston, her

brother George and his wife Beverly, her beloved son-in-law Raymond Howrigan, and dear

Libby would want friends and family to know how much she enjoyed their time together and would encourage everyone to seize the moment!

The Mass of Christian Burial will be celebrated on Friday, April 20, 2018 at 11:00 AM at St. Mary’s Catholic Church, 45 Fairfield St. in St. Albans. The Rev. Maurice J. Roy will officiate. Interment will take place at a later date in Calvary Cemetery, Northfield, VT.

Messages of condolence to Libby’s family may be sent to www.healdfuneralhome.com