Generations of students from Vermont, Missouri and Florida have lost a teacher, coach, mentor, advocate and friend 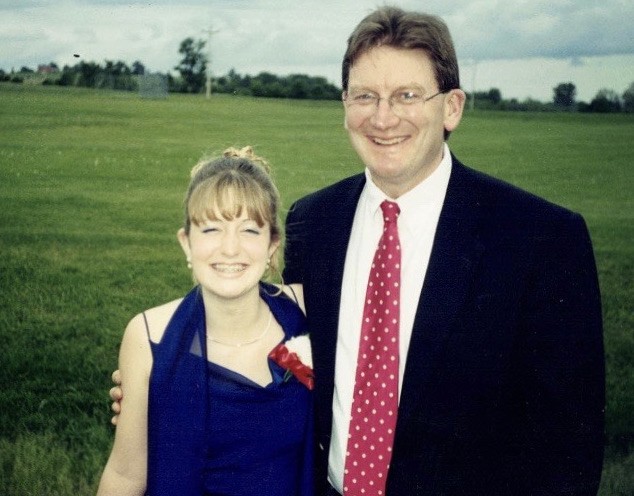 Ed Webbley passed from this life on an September afternoon in his apartment at the Residence at Otter Creek in Middlebury. Holding his hand after the heart attack was an EMT, appropriately a former high school teacher — English, of course. A couple generations of students from Vermont, Missouri and Florida lost a teacher, coach, mentor, advocate and, in many cases, friend. Teachers lost an ally in building learner-centered schools. Wrestlers, football and rugby players lost a poet-warrior.

Born in Melrose, Mass., in 1954 and raised from age 11 in Passumpsic, Vt., Ed was nurtured by a family with roots in Wales and Scotland, Middlebury, Maine, and the Northeast Kingdom. His formal education began at the St. Johnsbury Academy, where the three-sport student-athlete excelled. Not being one of a number of classmates accepted at his first choice colleges, he was all set to “work a woodlot” until a school counselor interceded. He spent three semesters at Washington and Jefferson College before transferring to the University of Vermont to play football, the year before UVM dropped the sport forever. He also transferred to marry his high school sweetheart, Carrie Ann Moran, on Christmas Eve 1973. He headed to graduate school, teaching and coaching in western Missouri. Divorced in 1980, he married Rebecca Kasten in 1982. Divorced again, Ed then married his third wife, Dottie, in 1987. This marriage to a fellow educator and member of the Provenzano family gifted him a treasured stepson, Michael; a beautiful daughter, Megan; and a lifetime of stories related to his in-laws recognizing family and correcting flaws in "The Sopranos."

After teaching and coaching at Platte County High School, Ed and Dottie returned to St. Johnsbury to join in caring for his aging parents and a 10-year stint as a teacher, coach and dorm proctor at his alma mater, where Megan was born. He earned his master's degree with distinction from Middlebury College’s Breadloaf School of English. During his seven years at Bellows Free Academy in St. Albans, he taught, coached and transitioned into administration. Following two years as assistant principal at Essex High School and one as a middle school principal in Boca Raton, Fla., he arrived at Vergennes Union High School in 2005. During nine years there, he spearheaded a student-centered, teacher-led transition from seat-time to performance-based expectations. His work resulted in his being named Vermont's 2010 Principal of the Year. Following a year as coprincipal at Danville High School, he retired.

The impact of Ed's learner-centered teaching — in literature and civics classrooms, on the field or mat, in his office and the hallways — is reflected in myriad spontaneous entries on his Facebook page. School hallways echoed when Ed, standing on his desk, elucidated Shakespeare or Billy Collins (and sometimes in Middle English), although he was as fond of quoting J. Wellington Wimpy as of Seamus Heaney, Wendell Berry or Chaucer. The Facebook entries verify that he successfully delivered life lessons to his son and to his St. Johnsbury, BFA and Platte County High School athletes. Incidents of Ed recognizing individual students’ needs and meeting them abound. His passion for literature, poetry, writing and his students was never in doubt. He was a master in the practice of giving multiple chances.

Both a storyteller and a writer, Ed was proud of his poetry and short stories. Although his most recent work was a chapbook published by ZigZag magazine, his widest publication, sadly, was the obituary for Megan. Posted in the October 7, 2019, edition of Seven Days, it was republished and reflected upon in media across the country and in Britain. Pleased that the issue of maternal rights for addicted mothers was receiving wide attention, he was greatly amused at the irony of his thoughts being reported on Fox News.

His life was shaped by his families — both birth and married — and by sport: He loved playing rugby and baseball, even though his biggest successes were with wrestling and football. His brother affirms his lifelong passion for the Patriots and Red Sox. His worldview was shaped by the English language, Congregational theology (he ultimately identified as a devout secular humanist), and the disparity between haves and have-nots. In 2017, he lost his first wife, Carrie, whom he had remarried nine years before, and Megan in 2019. These losses contributed to the degradation of his physical health. Although he died of natural causes, many know he died of a broken heart. Through this time, he was sustained by his writing, the thread of music through his life, and the attention of online and in-person friends, Carol and Tom Spencer in particular.

A public celebration of Ed's life will occur at Willowell (willowell.org) in Monkton, April 30, noon to 2 p.m. Donations can be made to the Vermont Young Writers Project (youngwritersproject.org/support).