Loving father and husband lived for his family 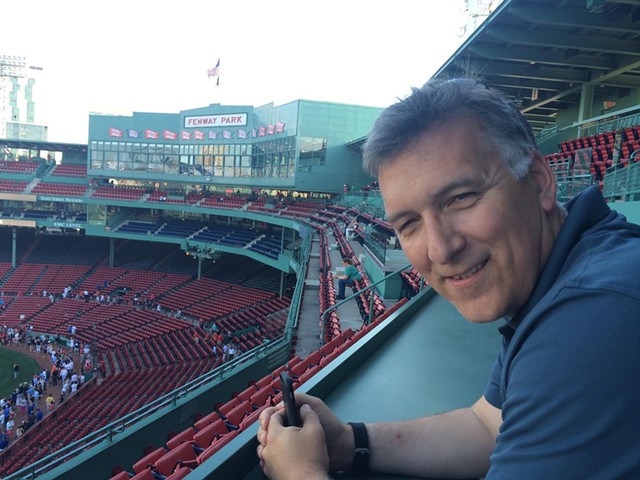 Edward Fredrickson Farmer passed away on October 26, 2020, from a sudden illness. He was born in Burlington, Vt., on April 3, 1960. He grew up in Underhill, the middle child in a family of seven. He graduated from the University of Vermont, where he was a member of the men’s soccer team and majored in mechanical engineering. He met his future wife, Joan, while in college, and they were married at St. Patrick’s Church in Moretown in 1987.

Eddie and Joan had five children: Brendan, Michael, Mary, Rosalie and Catherine. He was a loving father and husband, and his wife and children adored him.

Eddie lived without bitterness or regret. In 2015, he underwent a risky heart surgery. In long conversations with his wife before the surgery, he said that he was so happy that he’d been able to live such a wonderful life. After he recovered, it became even more important to him to spend time with the ones he loved. His family and friends meant everything to him.

Eddie is survived by his wife and children; his brothers, Charles, David and William; his sister, Nancy; and many nieces, nephews, and brothers- and sisters-in-law. He was predeceased by his father, Edward, and mother, Lutherine.

A socially distanced and masked funeral mass with limited seating will be held on November 7 at 10:30 a.m. at St. Pius X in Essex Junction. A burial and celebration of Edward’s life will follow in the spring of 2021. In lieu of flowers, donations may be made to the Leukemia & Lymphoma Society. His family would like to thank the staff at the UVM Medical Center, particularly Darlene, Rachel, Fr. Tim Sullivan and Dr. John Wax. His family is also grateful for the incredible outpouring of love and kindness during a very difficult time. It is overwhelming and a testament to how Eddie lived his life.