A Northeast Kingdom “country doctor” served his community for 40 years 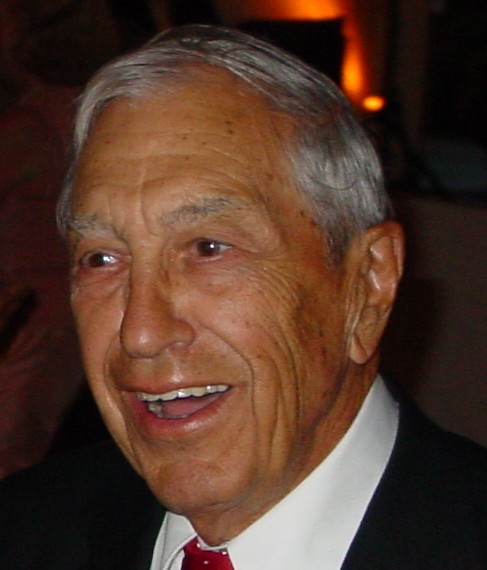 Dr. Frank Philip Fiermonte passed away peacefully at the age of 99 on April 21, 2020, in South Burlington, Vt.

Born January 7, 1921, in Malden, Mass., Frank was the son of Italian immigrants Carmine Antonio Fierimonte and Marinetta (Bevilacqua) Fierimonte. Survivors include his two children, Paula of San Rafael, Calif., and her husband, Bill Hartman; and Philip of Burlington, Vt., and his wife, Irene Jednak. He was predeceased by his wife of 55 years, Lucile (Rondeau), in 2001, as well as by his daughter Judith Ann in June 2019 and his brother Stanley in 2013.

He graduated from Malden Catholic High School, where he played third base for the legendary baseball coach Brother Gilbert.

Frank graduated from the Massachusetts College of Osteopathic Medicine (DO) in 1944 and from the Kansas City University of Physicians and Surgeons (MD) in 1945. He did his residency at City Hospital in Fall River, Mass., where he met his future wife, Lucile (Rondeau), who was a registered nurse at St. Anne’s Hospital in Fall River.

He began his private medical practice in 1946 in Derby, Vt., and always said it was the view from Baxter Park in Derby Line that sold him on Vermont. His wife, Lucile, helped him with his practice in the early years.

Frank practiced in Derby for 40 years and was known throughout the Northeast Kingdom simply as “Doc.” Frank was a true “country doctor.” He made house calls daily and was willing to see his patients at all hours and in all seasons. His office was in his home on Main Street in Derby, where patients came during office hours, no appointment necessary. As stated in an October 20, 2015, Congressional Record entry by U.S. Sen. Bernie Sanders (I-Vt.), “We would do well to learn from people like Dr. Frank Fiermonte. Motivated by the desire to serve his community and deliver the best care possible, for Dr. Fiermonte it was all about the patient.”

He loved the people of the Northeast Kingdom and was a fixture in the local community for all the years he lived there — golfing at Newport Country Club, an original member of the Derby Lions Club, a member of the Elks Club, and the public health officer for the Town of Derby for many years. He was a very good bridge player (but not as good as his wife, she often reminded him).

Dr. Fiermonte received anesthesia training under the tutelage of Dr. John Mazuzan Jr. at the Mary Fletcher Hospital in Burlington and provided anesthesia for the Newport surgeons for many years, in addition to his family practice.

Frank and his wife, Lucile, retired to Venice, Fla., in 1986 but always came back to Orleans County during the summers, where they rented a camp on Lake Memphremagog in Newport.

A memorial gathering will be held in Newport, Vt., later this summer (COVID-19 restrictions permitting).

Memorial contributions may be made to the Dailey Memorial Library 101 Junior High Drive Derby, VT 05829. On line condolences at curtis-britch.com. Arrangements are entrusted to the care of Curtis-Britch & Bouffard Funeral Home, locally family owned and operated.