Valued attorney had an unparalleled ability to make personal connections 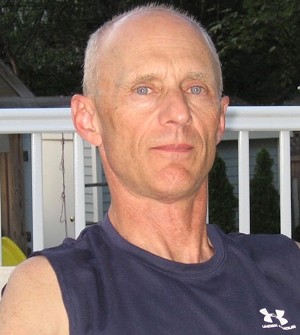 Douglas J. Wolinsky, 69, of Burlington, Vt., passed away at home surrounded by loved ones on January 29, 2021. Despite the impact of a serious illness for the past three years, Doug continued to live every day to its fullest.

He was born in Saranac Lake, N.Y., on February 6, 1951, the son of Dr. Emanuel and Marjorie (Claster) Wolinsky, and raised in Cleveland, Ohio. He received his bachelor’s degree from the University of Vermont in 1973 and his law degree (JD) at Cleveland State Law School in 1978.

Doug married Anne McClellan on June 25, 1983, at the Round Church in Richmond, Vt.

He started his law practice by hanging up a shingle as a sole practitioner in Richmond. It was at this time that he started his career as a commercial attorney with a focus on insolvency law. He was also one of the initial panel bankruptcy trustees following the enactment of the Bankruptcy Code in 1979 and served as a Chapter 7 trustee for northern New York and Vermont until his passing.

In the 1980s, Doug joined Phillip Saxer and Arthur Anderson and formed the law firm that later became known as Saxer, Anderson, Wolinsky & Sunshine. When that firm closed in 2000, Doug joined the firm now known as Primmer Piper Eggleston & Cramer, where he was a valued member of the firm, having just recently concluded a six-year term on its board of directors. Not only was Doug a respected colleague, he was a beloved and fiercely loyal member of the firm.

Doug cherished his family. He and Anne had many great adventures to faraway places before Max joined them. After that, he and Anne loved watching Max play hockey, listening to him play his guitar, and experiencing him writing and recording his own music. Doug loved nothing more than spending summers with Anne and Max in South Hero and was grateful to get to spend one last summer there. Doug shared a close bond with his brother, Peter, who was a confidant throughout Doug’s life. Doug sought out and respected his advice. Peter was also a pillar of immeasurable strength for Anne and Max during Doug’s illness and passing, and Doug was grateful beyond words to have him by his side the past several weeks. Doug felt blessed when his mother, Marjorie, made the trip from Maine this past December to visit him. He was proud to be her son.

It speaks volumes about Doug to know how adored and respected he was. He collected lifelong friends, whether in South Hero, through Max’s activities, or through his work family at Primmer Piper Eggleston & Cramer. His kindness and concern for others (and theirs pets) earned him a legion of friends who thought of him as family. While Doug was a delightful conversationalist, he did not take himself too seriously. At first blush, he was quiet, thoughtful and unassuming, but scratch the surface and you quickly discovered that he had a wonderful sense of humor and an unparalleled ability to make personal connections and empathize.

Doug is survived by his wife, Anne McClellan, of Burlington; his son, Max Wolinsky of Burlington; his mother, Marjorie Wolinsky, of Falmouth, Maine; his brother, Peter Wolinsky, and wife Marcia of Cumberland, Maine; his father-in-law, Robert J. McClellan, of Lynnwood, Wash.; his brothers-in-law R. Michael McClellan and wife Renita of Jupiter, Fla., and Scott McClellan and wife Ann of Lynnwood, Wash.; and several nieces and nephews. He was predeceased by his father, Emanuel Wolinsky, and his mother-in-law, Ruth Young McClellan.

Doug’s family would like to thank Valerie and Mark Hamlin, dear neighbors, and friends, who have gone above and beyond in friendship and support. A beloved friend to Doug and Anne of many years, Carol Jordan, visited nearly every day to provide Doug with spiritual comfort and guidance. The family would also like to recognize the care and compassion that Drs. Robert Gramling and Steven Ades provided Doug. Lastly, hospice nurses, Molly McClintock, Kelly Ploof and Chelsea Chalfant provided Doug with extraordinary care that allowed him to maintain his dignity and respect as a patient.

In honor of Doug’s wishes, Anne and Max will be hosting a celebration of Doug’s life at a later date. Arrangements are in care of the Cremation Society of Chittenden County. To send online condolences to his family, please visit cremationsocietycc.com.