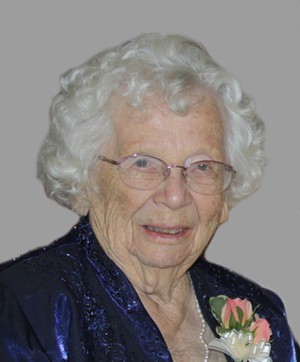 Born in St. Albans, Vt on March 6, 1920, she was the daughter of the late Julian P. and Gladys Mildred (Logan) Rockwell. Dorothy received her early education in Alburgh's one room school house continuing at the Montpelier Seminary and later receiving her Master's Degree from the University of Vermont. On May 23, 1942, she was married to the love of her life, Arthur H. Pickard who predeceased her on August 16, 2003, following 61 years of marriage.

As a teacher and an accomplished musician Dorothy began her teaching career at Thompson Island Farm and Trade school, continuing at Alburgh, VT retiring from the Chazy Central Rural School after 20 years as a vocal music teacher. In earlier years Dorothy had been an active member of the former Alburgh First Congregational Church serving many years as organist and choir director. She will be remembered by many for serving countless years as organist and pianist at many other churches throughout the Franklin-Grand Isle County areas as well as giving many private music lessons..

Dorothy also had a special place in her heart for Lake Champlain. She was very proud of her Rockwell family lake heritage, supported the Lake Champlain Maritime Museum, enjoyed boating and two weeks prior to her death enjoyed her final boat ride on board Lake Champlain's Spirit of Ethan Allen.

She was a member of the New York State Retired Teachers' Association, the Daughters of the American Revolution and was still serving as secretary of the Alburgh Center Cemetery Association.

Dorothy enjoyed quilting, playing bridge and was an accomplished seamstress. She and her husband Arthur had a great love for Round and Square Dancing and were members of the Continental Round Dancers and Champlain Squares.