Leader in otolaryngology trained hundreds during his almost 40-year career 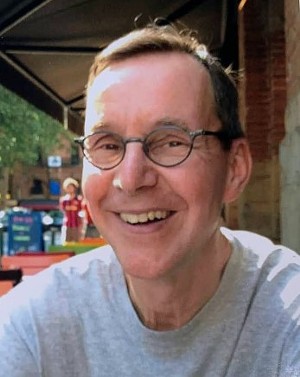 After a life well lived, Donald Leopold passed away on June 11, 2022. He was born in Cleveland, Ohio, on September 27, 1947, and grew up adjacent to Lake Erie — building his life around family, athletics and an interest in the sciences. While at the University of Michigan, he nurtured a lifelong interest in learning and teaching, studied mechanical engineering, and explored interests in medicine and music. Performing in the Michigan Men’s Glee Club and competing in collegiate wrestling were among his great loves.

His life was guided by ambition, discovery, and the constant yearning to understand and connect with the world around him. Don was an instinctual explorer, traveling the world to discover unknown places and leaving no untried menu item off his plate. He believed in the merits of hard work, eschewed elevators and saw the immense beauty in the art of the possible.

During his internationally recognized career in olfaction and rhinology, he focused his energies on patient care, education and research. He was a leader within otolaryngology for decades, serving as president of the American Rhinologic Society, as well as the chair of otolaryngology at both Johns Hopkins Bayview Medical Center and the University of Nebraska. The consummate teacher and academician, Donald trained hundreds of students, residents and fellows over his almost 40-year career at SUNY Upstate, Johns Hopkins University, the University of Nebraska and the University of Vermont.

One of his greatest blessings was his love with and marriage of 53 years to Sandy (Faller) Leopold.

He was a dedicated father to his children, Tanya, Kristin and David, and grandfather to his seven grandchildren.

Don was preceded in death by his parents, Adelia and Leonard Leopold, and siblings Laurel (Carey) Spicer and Allen Leopold. He is also survived by his sister Lenore (Dave) Nepveu and sister-in-law Karen Leopold.

A private memorial gathering will be held near his home in Burlington, Vt. In lieu of flowers or gifts, the family requests that donations may be made to a fund at the University of Vermont to establish an annual lectureship in Don’s honor: give.uvmhealth.org/leopold. Arrangements have been entrusted to the care of the Ready Funeral Home, South Chapel, 261 Shelburne Rd., Burlington.