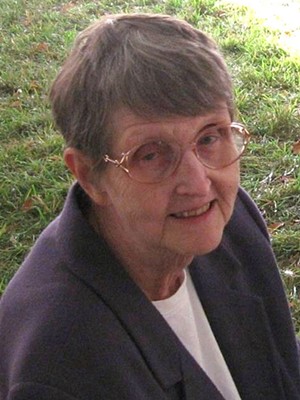 Diane R. Haskins, age 77, of Essex, Vt., passed away unexpectedly on March 24, 2022. Diane was born in Rutland County, Vt., in 1944 to Dorothy (Sprague) and Frank E. Ross. She grew up on the family farm in Pawlet, Vt., and graduated from Granville (N.Y.) Central School in 1962. Diane earned her certificate of nursing in 1965 from Mary Hitchcock Hospital School of Nursing in Dartmouth, N.H.

After working a year in the operating room at Glens Falls Hospital in New York, Diane moved to Burlington, Vt., to begin her 40-plus-year career as an operating room nurse at what is now the University of Vermont Medical Center. She eventually earned her credentials as a registered nurse and was a published author in the AORN Journal.

Following a short courtship, she married Roger B. Haskins, who was also from Pawlet and living in Burlington. In the early 1970s, they moved to their current home in Essex, Vt., where they raised two daughters, Amy Haskins (husband Jacob Burke) of Berlin, Mass., and Carol Haskins of Woodbury, Conn. Roger and Diane celebrated their 50th anniversary in 2020.

Diane was an avid crafter known for her handmade gifts. She was rarely seen without a project in tow, be it counted cross-stitch, embroidery, knitting, crochet, quilting or another sewing project. In her retirement, she was a frequent volunteer at blood drive events with the American Red Cross.

Diane found great pleasure in the simple joys of catching old television reruns of "Gunsmoke" and "M*A*S*H" and listening to Johnny Cash, the Highwaymen, Garth Brooks and other country music favorites. She also enjoyed books, puzzles and word games. Roger and Diane traveled frequently to visit their family in southern Vermont and to camp in their RV.

In addition to her husband and children, Diane is survived by her sister Mildred Corey of Granville, N.Y.; brother James (Deborah) Ross of Pawlet, Vt.; sisters-in-law Mary Sheldon of Brookfield, Fla., Vickie Haskins of Dorset, Vt., and Blanche Ross of Lake George, N.Y.; several nieces and nephews and great-nieces and -nephews; and a number of cousins. Diane was predeceased by her parents and older brothers Leon and Roy "Bud" Ross; and nieces Judy Ross and Jennifer and Andrea Corey.

Donations in memory of Diane Haskins may be made to the Vermont Chapter of the American Red Cross, 32 N. Prospect St., Burlington, VT 05401, or to the Foundation for Sarcoidosis Research, 1820 W. Webster Ave., Suite 304, Chicago, IL 60614. Those able to donate blood are encouraged to do so.