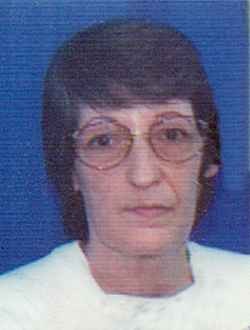 Diana Lee Major a lifelong resident of this area passed away, Saturday, October 22nd, 2016 at The Villa Rehab Center, surrounded by her family.

She was educated in St. Albans, then went on to work at the Eveready Plant, tending bar at the “Spirits of 76” and then retired from Vermont Republic Industries. She was a former member of St. Albans Lodge 1090, Loyal Order of Moose.

Survivors include her significant other of 29 years, Cliff Shangraw, of St. Albans; her son, Ed Major of Milton and her daughter, April Major of New Hampshire as well as her grandchildren, Edward, Kristen and Jeremy and her great-grandchildren, Sophia and Ella.

In addition to her parents, Diana was predeceased by her sister, Patricia Salyers and her brother, Harold, Cota, Jr.

It was Diana’s request that services are private and interment will take place in the Cota family lot in Holy Cross Cemetery.

To send Diana’s family a written expression of sympathy, please go to our on-line guest book at www.healdfuneralhome.com.