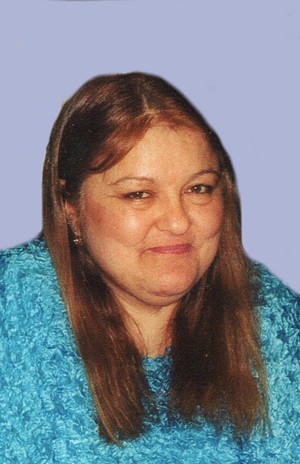 Denise Rachel Dumont, 57, passed away peacefully at Redstone Villa in St.Albans, VT. She was the loving daughter of Francois and Jeanne D'Arc Demers. She was born in Plessesville, Quebec, Canada on March 22, 1956. She moved to Lawrence, MA in the early 1960's and attended Lawrence schools. In 1973, she married Gilles Dumont, had 2 children ( Nathalie and Michel) but divorced many years later.

During her lifetime she was a bartender, store clerk, and an electronic specialist at Ratheyon. In 1993, she moved to Arizona with her parents and family. In 2005 she moved to Vermont to live with her daughter and son-in-law. In 2005, she met and fell in love with Roland Gagne of Highgate Center, VT. Together they built a life of love, adventure, and memories. She enjoyed family gatherings, going to the beach, road-trips, and attending Civil War Re-enactments. She belonged to the Champlain Valley Re-enactors, INC, The Second Vermont. She was a strong woman who has battled many years of Congestive Heart Failure, Diabetes, and Kidney complications, but managed to live life to the fullest.

She is survived by her daughter Nathalie (Dumont) Blodgett, son-in-law David Blodgett, son Michel Dumont, and her boyfriend Roland Gagne. She is also survived by her sister Lucie (Demers) Grandmasion, brothers Alain Demers and Richard Demers, along with nieces, nephews, cousins, aunts, and uncles of the Demers, LaRocque, Dumont, and Gagne families.

She was predeceased by her parents and brother Patrick Demers Sr.

There will be no services per her request.

At Denise's request gifts in her memory may be made to the, American Heart Association, Heart Gift Processing Center, P.O. Box 3049, Syracuse, NY 13220-3049

Arrangements are under the direction of The Kidder Memorial Home, 89 Grand Ave., Swanton 05488