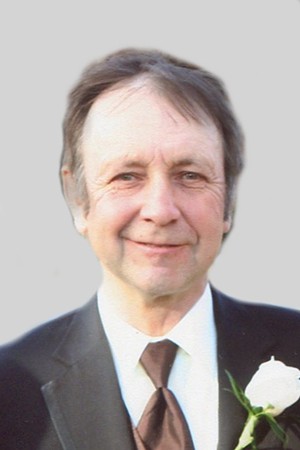 Denis T. Rainville, age 64 years, a lifelong Highgate Center resident died early Tuesday morning, February 9, 2016, after a recent diagnosis of cancer, in the Northwestern Medical Center with loving family at his side.

Born at home in Highgate Center on, October 22, 1951, he was the son of the late Raymond and Emilienne (Parent) Rainville. He attended the former Saint Anne’s Academy as well as Highgate schools and on, September 20, 1980, was married to Jeannine Couture who survives him.

A dairy farmer all of his life Denis along with the help of his family was still operating the family farm on the Gore Road in Highgate Center. He was a lifelong parishioner of Nativity of the Blessed Virgin Mary-Saint Louis Parish and a member of the Knights of Columbus, St. Edmund of Canterbury Council 7669 in Swanton. He will be remembered going for coffee every morning with his canine companion Russel.

The Liturgy of Christian Burial will be celebrated Monday, February 15, 2016 at 11 a.m. from St. Louis Roman Catholic Church, 186 Lamkin St., Highgate Center. Denis’ cousin Father Marcel R. Rainville, SSE will be the celebrant and homilist. The Rite of Committal and Interment will follow at the Rainville family lot in St. Louis Cemetery.

The family would like to offer a Specials Thanks to the NMC Doctors, Nurses and especially the NMC Concierge Staff.

Gifts in Denis memory may be made to the American Cancer Society, New England Division, 55 Day Lane, Williston 05495.