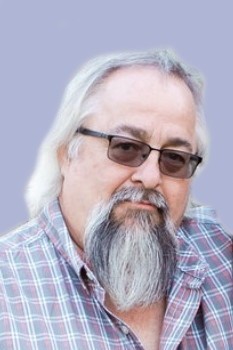 Born in Saint Albans on, March 7, 1960, he was the son of James and Maxine Barney. He graduated from Missisquoi Valley Union High School and on, May 25, 2005, was married to the former Laura Loyer who survives him.

David worked for 16 years as truck driver and heavy equipment operator with Andy Leduc Construction and at the time of his death was employed by the Town of Swanton. David loved to camp and spend time with family and friends.

In addition to his wife Laura of Swanton, he leaves his children, Jody and wife, Kimberly of Alburgh, Joshua of Swanton, Meghen and partner, Kevin of PA, Jordan of Highgate, Mark of Swanton and extended family, Sonya Robtoy, Nickie Jacobs and Jennifer Machia. He leaves 16 grandchildren whom he loved and adored very much. He also leaves his brother, Bill and wife, Valerie of Highgate.

David has joined his daughter, Jamie and his father, James.

In keeping with David’s wishes, there will be no public calling hours.

A private celebration of his life will be held at a later date at the convenience of the family.

In lieu of flowers, donations in David’s memory may be made to Missisquoi Valley Rescue, Inc. P.O. Box 22 Swanton, Vt. 05488

Arrangements are under the direction of the Kidder Memorial Home, 89 Grand Avenue, Swanton