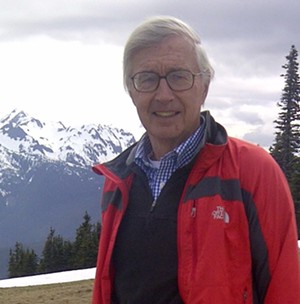 David Holmes left this world on November 29, doing what he loved the most — skiing down the slopes of Sugarbush.

David was born in Rutland, Vt., on March 16, 1942, and was educated abroad in Frankfurt, Germany, and Tokyo. He graduated from Suffield Academy in Connecticut.

He was a three-sport athlete and captain of the football team at Middlebury College. He earned his master's degree in international affairs from Columbia University and his PhD in education from the University of Denver.

David was a professor of Higher Education Administration at the University of Vermont and a grants administrator at the U.S. Department of Education in Washington. He served as headmaster of his alma mater, Suffield Academy, for 13 years. He was then appointed director of the Community School in Ketchum, Idaho. While at the Community School, he helped found the Sun Valley Ski Academy.

David was an outdoor enthusiast who liked skiing, mountain biking, hiking, and canoeing on Lake Champlain, often with his Jack Russell, Carolina, in tow.

David leaves behind his beloved wife, Toni; his two cherished sons, Christopher and Caleb; his lovely daughter-in-law, Allison; hisadored grandchildren, Penelope, Sebastian and Madeline. He also leaves his sister, Carol; his brother-in-law, Jim Shattuck; and his niece and nephew, Megan and Matthew Shattuck. He leaves 17 Kiley nephews and nieces, all of whom he was very fond.