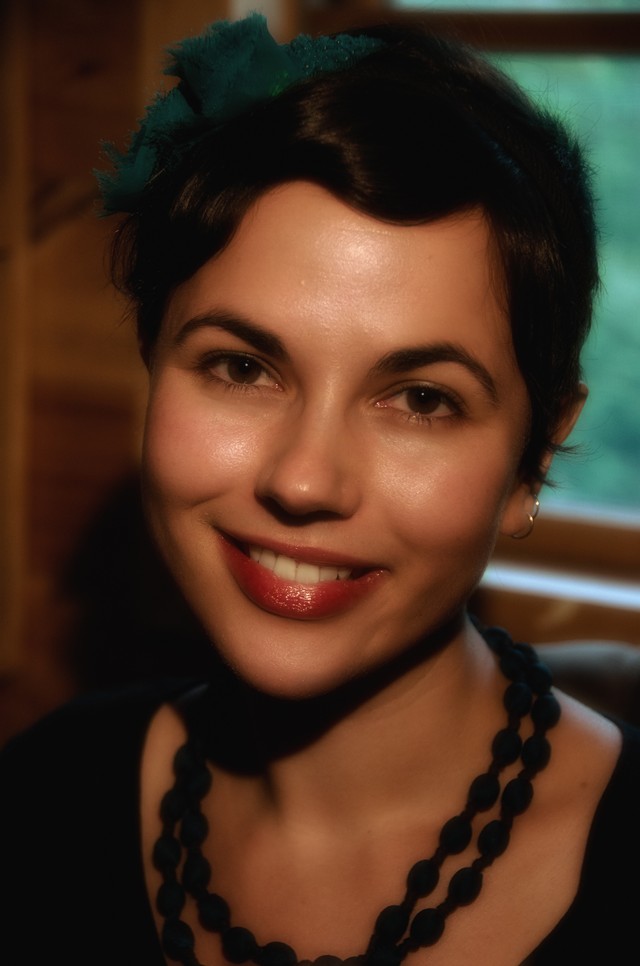 She was born on May 6, 1985, in Glens Falls, N.Y., the youngest child of Ben and Jessica Bolt and sister to Sarah Keira, Serenity, Blake, and Robbson; sister-in-law to Carey, Liisa, and Nelson; aunt to Aden and Solaris; niece to Edward, Linda, Richard and Sarah Lupo, and cousin to Lisa, Jennifer and Alex.

After graduating from St. Johnsbury Academy and attending Bennington College, she graduated with honors in 2012 from the University of Vermont as a certified art teacher. She had a caring, compassionate nature and loved working with people of all ages, often giving her time to those with disabilities, helping them to socialize and find joy in life.

Darshana was an accomplished and prolific visual artist, poet, writer and activist. In Vermont, she taught art and literacy, was deeply involved with the Ramble, an annual neighborhood event celebrating community and creativity in Burlington’s Old North End, and was a contributing writer, poet and art critic for several publications.

Her visual art has been exhibited locally and internationally, and she also worked in galleries in New York City, Oregon, Belgium and Cambodia. She taught English, art and dance in Siem Reap, Cambodia—at the International School and the Ecole Francaise as well as nonprofit venues, helping children and continuing her passionate activism while also contributing her writing to English publications there. These are but a few of her many endeavors.

None of the above, however, comes close to capturing her radiant and powerful essence. From the very beginning, she was just different — and adamant that she was really a fairy princess hiding her wings because she knew people on Earth wouldn’t understand. We had to tell her it might not be a good idea to inform the other kindergarteners about this, as they most certainly wouldn’t understand. At the very first kindergarten conference, her teacher mused: “Darshana marches to a different drummer—and the world needs more Darshanas!”

One of her greatest qualities was her openness and empathy. At a community memorial service in Burlington on July 23, followed by a candlelit procession to her favorite mermaid statue on the waterfront, countless friends spoke of her ability to truly engage with people from all walks of life, to heal, to counsel, and to be, in the words of so many of her artist and musician friends, “everyone’s biggest fan.”

She was also just plain fun — adventurous, witty, devious, sparkling good fun. At her glorious best, she was a ubiquitous presence on her bright gold bike, careening from one project to the next, championing social issues, embracing the role of bawdy chanteuse with her band and leaving a trail of glitter in her wake.

The many lives Darshana touched, the kindnesses large and small that she bestowed upon those she loved and strangers alike, her seemingly limitless warmth and compassion for others, her creativity, passion, sense of humor, and boundless enthusiasm for causes that she cared about — these things will live on.

Just days before her death, she spoke enthusiastically about her future plans, both long and short-term. She glowed while discussing helping others to heal by becoming an art therapist. She was excited about playing music with her band and recruited a new drummer while in a noodle shop — typical Darshana style. Most of all, she was bursting with love and excitement about being an Auntie to her new baby nephew.

Darshana put much more into the world than she received in return because her life ended far, far too soon, but we know she would want people to just keep ramblin’, dreaming, loving, creating, and — most of all — to keep sparkling.

All of the people she loved and who loved her are connected now, one of her many gifts to us.

We’d like to think that maybe she can finally unfold the fairy wings she’s been hiding for so long.

Following a private memorial service, her family is committed to honoring her enduring spirit by establishing a nature preserve and artists’ retreat in her name. The Sparkling Art Society (SAS) has also been established by her friends at the Ramble to honor her through a community art project to coincide with the 2017 Ramble. Donations to that fund are being accepted here onegooddeedfund.org/support-us/ with the designation SAS. In our hearts forever, beloved Darshana.