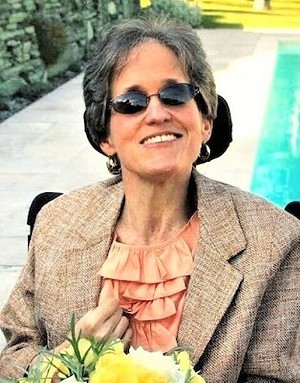 Courtney E. Buffum died July 18, 2021, at her home in Shelburne, Vt., after a brief illness. She was born in Wallingford, Conn., on August 24, 1967, the daughter of John M. Buffum and Victoria Gauntlett Buffum. She attended the Shelburne School and Champlain Valley Union High School and lived in Shelburne for most of her life.

She was preceded in death by her loving mother, Vicki, who was also her best friend. Courtney is survived by her beloved uncle Tom Gauntlett and wife Melissa of Shelburne and Sanibel, Fla.; her aunt Ellie Gauntlett Wickes and husband Bill of Westport, Mass.; and her father, John Buffum, and wife Mary of Colchester.

Courtney had a terrible car accident in 1988 that left her with a traumatic brain injury and partial paralysis. For the last 32 years of her life, she needed constant care and was extremely fortunate to have a relationship with Jennifer and Jim Anair. The Anair family became a second family to Courtney and oversaw her care for 20 years. Courtney was thankful every day for the thoughtful attention she received from her wonderful caregivers.

She loved her faithful cat, Charlie; everything that was the color blue; fall in Vermont; and cheesecake. She was always gentle and kind, and she will be missed by all who knew her.

In lieu of flowers, memorial contributions may be sent to the Brain Injury Association of Vermont or the Victoria Buffum Endowment at the University of Vermont Cancer Center.

There will be a private graveside service.