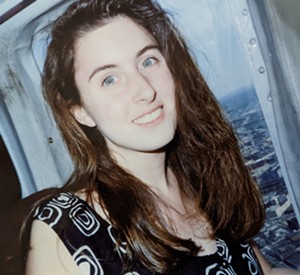 Christine Dewhurst was born on November 30, 1972, in Burlington, Vt., the eldest child of Gary and Janet Delneo. She attended Orchard Elementary and Frederick H. Tuttle Middle School in South Burlington. Christine graduated from Rice Memorial High School in June 1990, then went on to attend Fordham University in Bronx, N.Y., where she earned a BA in English with a minor in chemistry.

After Fordham, Christine secured a position in a branch banking management program. She eventually earned a position at Goldman Sachs, where she advanced to the Fixed Income and Commodities Desk. In 1998, Christine was diagnosed with multiple sclerosis but continued her career until 2001, when she decided to take long-term disability and begin a family. In January 2000, she began dating Michael Dewhurst, and they were married in August 2001. They bought an old farmhouse in Greenville, N.Y., in November 2001 and began restoring the old house. Eventually their home was filled with three children: Julia, Joseph and Jesse.

In August 2020, she and her family moved to Piedmont, S.D., to enjoy the freedoms of South Dakota and living in the Black Hills. Christine was diagnosed with breast cancer in December 2018. She fought the most valiant fight, all the while loving and caring for Michael, Julia, Joseph and Jesse. She never skipped a beat as a wife and mother.

Christine passed away on March 3, 2022. She is survived by her husband, Michael; children, Julia (19), Joseph (17) and Jesse (12); father, Gary Delneo; mother, Janet Delneo; sister, Catherine Delneo; and brother, John Delneo. We love and miss you so very much, Christine.

A funeral service was held for Christine at the Shiloh Free Lutheran Church in Black Hawk, S.D., on Tuesday, March 8, 2022. An online guestbook where friends can post remembrances of Christine is hosted by Osheim & Schmidt Funeral home: osheimschmidt.com/guestbook/christine-dewhurst.