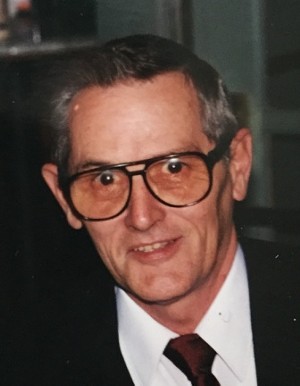 He is survived by his wife of 53 years, Molly (Patricia Mitchell), his sister Marion Kennedy, daughters Connie Williams, her husband Roy and son Joshua Patch, Wendy Fourtin and her daughter Marisa and son Jason, Shannon Wright and her fiancé Cary Longley and their son Cary Robert.

He is predeceased by his parents Charles Robert and Gertrude Wright formerly of North Hero, VT.

Bob was a devoted family man and worked hard to provide for his wife and 3 girls. When things in Canada became difficult, he bravely sold the house that he built and brought the family to South Burlington, VT to start a better life.

He worked for many years at UVM so that his girls would have the opportunity to go to college. While there, he furthered his own education by taking Welding and Drafting courses.

He is a Veteran of the US Army and was deployed overseas, although a fair portion of his time there was spent in the stockade sobering up.

He was an avid outdoorsman and loved to hunt, fish and go camping. He frequently went for drives with no destination in mind, enjoying the journey and seeing new places.

He also enjoyed poker nights with the family and spending time with the guys in the garage and, later, in the sugar house.

He took pride in his woodworking skills, making many tables, bookcases and bird houses.

His extended family was very important to him and he was very close to his brothers and sisters-in-law.

After his retirement from UVM he took care of his 3 grandchildren every day. Taking them on adventures and teaching them where to find the best grinders, hot dogs and creamees.

He was very proud of his family, had an amazing sense of humor and would help anyone that needed it, often allowing more than one of his daughters friends to move in until they could get back on their feet.

Bob will be missed by all who had the opportunity to know him and the Coca Cola Company has lost its most loyal customer.

There will be a memorial service at Stephen C Gregory and Son Cremation Services at 472 Meadowland Dr. Suite 7 South Burlington on November 3, 2018 from 2-4 pm