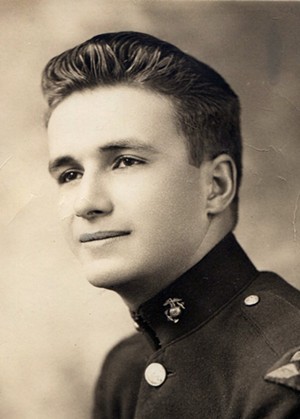 Born and raised in St. Albans he was the son of the late Joseph and Marion (Duffy) Conte. After returning from military service in the United States Marine Corp, he met the love of his life, Elizabeth Van Allen, whom he married on September 11, 1949. Elizabeth predeceased him on June 18, 2014, after nearly 65 years of marriage. Together they raised their four children: eldest son, Dr. Michael V. Conte who predeceased him on August 10, 2008; surviving children are daughter Susan and her children Maia and Matt and his wife Liz and their children Emma and Oliver; son Chris his wife Gale and their children Kristin and Lauren; and youngest daughter Nina.

In the 1950’s Charles began taking voice lessons in Montreal from the world-renowned soprano, Madame Pauline Donalda. With this voice training he sang operatic roles in Montreal and in Vermont he sang with the Vermont Philharmonic Orchestra and the Vermont Symphony Orchestra. He also presented many solo recitals and concerts and taught private voice lessons for many years.

In addition to his music career, Charles’ work life included telegraph operator and train dispatcher for the Central Vermont and St. J. & LC Railroads. Following his railroad employment he worked at Ayerst Laboratories on the transportation management team.

A Funeral Service will be held Wednesday, January 6, 2016 at 2:00 p.m. from The Kidder Memorial Home, 89 Grand Avenue, Swanton. The Reverend Father J. Robert Spainhour will officiate. Friends may call at the funeral home on Wednesday from 1:00 pm. – 2:00 p.m.