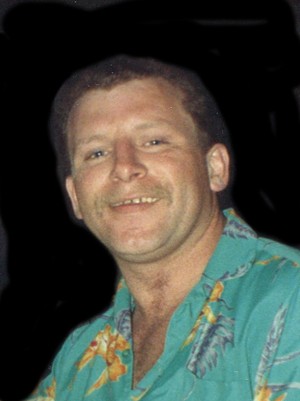 Charles Edward Brace, age 54 years, a lifelong resident of this area, passed away Wednesday February 26, 2014, at his home with his loving family by his side, after a short battle with cancer.

He attended area St. Albans City schools and Bellows Free Academy. He was a longtime member of the Loyal Order of Moose, Lodge #1090, St. Albans.

Besides his wife of 26 years, the former Sally Laughlin, Charles leaves his four children, Amber Sullivan and husband, Shaun, of St. Albans, Charles McCarty, of Poulsbo, WA, Tony Brace and wife, Megan, of Swanton, Timothy Haynes, of Enosburg; grandchildren, Isaac Sullivan, Andrew and Brian Hathoway, Tamera and Tony Jr. Brace; four brothers, Fredrick Brace and friend, Nancy Labrie, James Brace Sr and wife, Tina, Eugene Brace Sr, and Jim Brace, all of St. Albans; two sisters, Janice Lotowitz and husband, Michael, and Eunice Brace of St. Albans; two brothers-in-law, Michael Laughlin, of St. Albans, and Corey Wilson, of Essex; a mother-in-law Lois Wilson, of S. Burlington; and many nieces, nephews and cousins, and a Special Aunt Barbara Smith and Uncle William “Chipper” Brace, a Special Niece who never left his side, Becky Brace. He was predeceased by his parents, Manny and Edilene, and his sisters Helen and Ellen and a brother baby Joseph, and a special Uncle Hurbert (Boy) Brace. Charles enjoyed fishing and hunting and watching sports. He was known for his love of the New York Yankees, New York Jets and his Nascar driver Kevin Harvick. He enjoyed spending time with his family and friends, and especially his grandchildren.

Per Charlie’s wishes, there will be no public calling hours or services. At a later date the family will have a graveside ceremony at Riverside Cemetery in Swanton.

Gifts in Charlie’s memory may be made to the Abenaki Circle of Courage Youth Program in care of Brenda Gagne, 49 Church St., Swanton, VT 05488.

Arrangements are under the direction of The Kidder Memorial Home, 89 Grand Ave., Swanton, VT.