Son of Joanne Flynn of Essex Junction remembered for his quiet nature, sense of humor and resilience 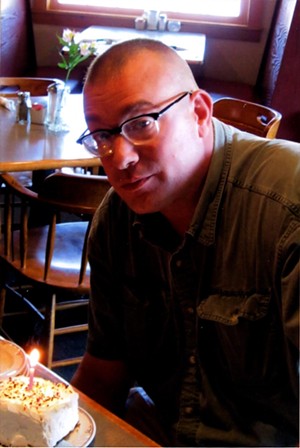 Called Chad in his childhood, in his later years he was known by David. He was a lifelong resident of Greenfield and was well known and befriended by many in the wider Greenfield area. As a young adult, David was diagnosed with schizophrenia. While his illness undoubtedly impacted and shaped his life, he did not let it isolate him, and he was a connected, loving and very much loved part of his family and his community. He lived a simple life, and one of his greatest pleasures was driving to visit family in Vermont, Maine, Connecticut and Massachusetts.

David was preceded in death by his father, William Blake "Bill" Allen II. He is survived by his mother and stepfather, Joanne and Bob Flynn, of Essex Junction, Vt.; his sister Heather and her husband, Kevin Grogan, of Kennebunk, Maine; his brother William Blake Allen III and his wife, Kelley Fox, of Denver, Colo.; his sister Courtney Elizabeth Allen and her husband, David Clelland, of Auckland, New Zealand; nieces and nephews Connor, Daly and Adia Grogan; Parker, Chase and Campbell Allen; and Emily Clelland; and a great-niece, Charlotte Ellen Grogan. David is also survived by his aunt Elizabeth (Purcell) Lambert and her husband, Brian Bayliss, of Wayne, Maine; his uncle David Purcell and his wife, Frances Calantoc, of Hilo, Hawaii; his aunt Barbara (Allen) Raymond of Preston, Conn.; and many cousins.

David will be remembered for his quiet nature, his sense of humor (including a penchant for terrible puns), his intrepid resilience in the face of adversity, and his love of lemon squares, something that was always present when he visited his cousin David Raymond in Colrain, Mass. He also liked to play classic rock from the 1980s on his electric guitar, and he followed his favorite sports on TV. David was a big presence in his extended family and will be greatly missed.

In lieu of flowers, to commemorate Chad and to support the work of eliminating stigma around mental illness, the family gratefully requests donations to Green River House, 37 Franklin St., Greenfield, MA 01301, attention Kim Thibault-Britt. Arrangements are under the direction of Walker Funeral Home, 14 High St., Greenfield.