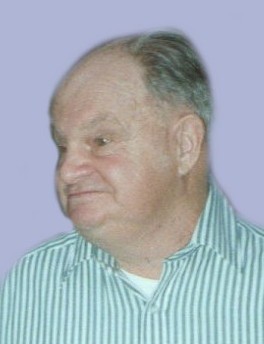 Born in St. Albans, VT on July 17, 1925, he was the son of the late Albert James and Nora (Cornell) Cook. He attended school in St. Albans and on July 31, 1945, was married to the former Beatrice Beyor who survives him.

Charles worked in Vermont as a farmer until 1958 when he and his wife settled in Connecticut. He farmed there until 1960 when he began his employment with the Plainfield Flocking Mill, retiring in 1993 returning back to Vermont. He especially enjoyed dancing and music as well as woodworking, playing cards, mowing lawns and traveling with family. In recent days he looked forward to the time he could spend with his friends at Care Partners.

In addition to his wife Beatrice of 68 years, Charles leaves two brothers-in-law, Lucien Menard of Swanton and Reginald West of Franklin. He is also survived by many nieces and nephews including, Rick and Shirley Beyor and Carlton Beyor all of CT, Betty Rogers of Johnson, Sandy and Tim Bushey of Sheldon, Judy and Dan Desorcie of St. Albans Bay, Betty and Ted Hislop of Barre, Beverly Babbie of CT and Albert and Anita Wells of St. Albans Bay as well as many many friends.

Besides his parents, Charles was predeceased by a sister, Emma Wells.

Charles's family would like to extend their deepest appreciation to the management and staff of Care Partners Adult Day Center, Redstone Villa and Franklin County Home Health Agency for all of the care and compassion that they provided to him.

A Funeral Service will be held Thursday November 7, 2013, at 11 a.m. from The Kidder Memorial Home, 89 Grand Ave., Swanton. The Reverend Elizabeth Griffin will officiate. Interment will follow at the Cook family lot in St. John's Episcopal Cemetery, Highgate Falls.

Friends may call at the funeral home on Thursday from 10 a.m. until the hour of the funeral.