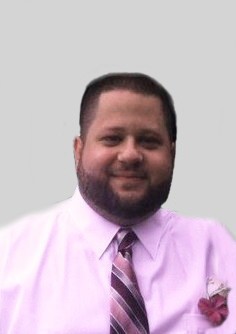 Born in Saint Albans on, January 3, 1979, he was the son of Daniel and Francine (Potvin) Bourgeois. He graduated from Missisquoi Valley Union High School and furthered his education at Ohio University receiving his degree in computer science and graphic design. At the time of his death Chad was employed as a graphic designer for The Frame Shoppe in Saint Albans City and through that association became a great supporter of the Purple Hearts Reunited, Inc.

He will be remembered as a master at Geocaching and a collector of many things including, comic books, stamps, coins and GI Joe memorabilia. He was also a professional tattoo artist and a fan of the Walking Dead.

Chad leaves his mother, Francine Fitzgerald and her husband Robert of Rouses Point, New York, his sister, Erin Supernaw and husband Chad of Mooers, New York, his brother Brandon and wife Cassandra of Champlain, New York and his fiancée Heather LaFar of Highgate Springs. He adored his niece and nephews and was the beloved uncle to, Hayley Erno, Cole Boutah, Kaden Bourgeois, Cameron Supernaw and Levi Bourgeois.

He was predeceased unexpectedly by his father, Daniel Bourgeois on February 25, 1996.

A Funeral Service will be held Monday, February 23, 2015, at 11 a.m. from The Kidder Memorial Home, 89 Grand Avenue, Swanton. Longtime family friend, The Reverend David Smith will officiate. Interment will take place in the Spring at the Bourgeois family lot in Riverside Cemetery.

Friends may call at the funeral home on Sunday from 3 to 6 p.m.