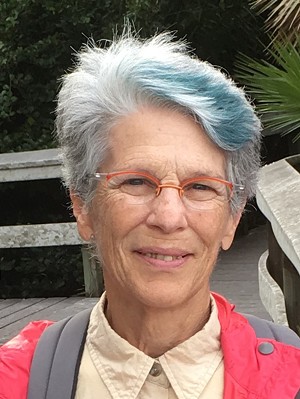 She was born on January 9, 1946, in the Bronx, N.Y., to Ann and Morton Dansky. She grew up in the Bronx and Long Beach, Long Island. Carol graduated from the University of Rochester with a degree in biology.

She married Alan Wertheimer, and the two moved to Burlington in 1967, where Carol worked for IBM. She gave birth to her daughter, Rachel, in 1971. Carol and Alan divorced in 1972.

Carol then volunteered for the Burlington Free Clinic and the Women’s Health Center. There she found her calling in health care and community health.

Like many exiles from New York to Vermont, Carol spent the mid-1970s living communally, first in Burlington and then in a lesbian collective called Redbird in Hinesburg. In later years, she would recount the adventures of the nine women and three children who lived together, including the construction of a 10-sided, two-story post-and-beam house with no heat, running water and electricity on a flood plain.

Carol moved to Boston in 1979. After spending a few years using the computer programming skills she developed at IBM, she returned to graduate school at Northeastern University to become a physician assistant. In the 1980s and '90s, she worked as a PA at the Martha Eliot Community Health Center in Jamaica Plain and Davis Square Family Practice in Somerville.

It was in Boston that she met her wife, Mary Nicolini, a librarian and English teacher. Carol and Mary moved to Eastham in 2007, where Carol worked for Outer Cape Health until she retired in 2012.

Carol loved her retirement, spending time on the beaches, birding, cooking and reading the New York Times. She also loved spending time with her grandson, Eliot, born to Rachel in 2007.

Carol was diagnosed with cancer in 1996. She showed amazing strength and perseverance as she lived with the disease for 25 years. In her last months, she benefited from the extraordinary care of Broad Reach Hospice.

Carol is survived by her life partner and wife, Mary Nicolini; her daughter, Rachel Wertheimer; her grandson, Eliot Wertheimer; and many loving friends. She was deeply loved for the remarkable, intelligent, warm, honest, generous person she was throughout her life and the many communities she worked within.