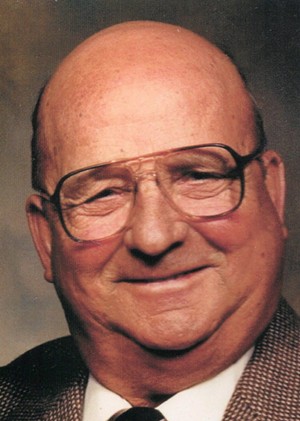 Carlton "Cullie" Sturgeon, age 89 years, died Friday morning July 12, 2013, at Our Lady of the Meadows in Richford where he has resided for the past four years.

Born in Alburgh on August 3, 1923, he was the son of the late Nelson and Mable (Hunter) Sturgeon. He attended Alburgh schools and on March 9, 1943, was married to the former Ruth Aubin who predeceased him on October 24, 2010.

Natives of Alburgh Cullie and Ruth have lived in the Isle La Motte community for many years. They were lifelong parishioners of St. Amadeus Parish Alburgh and St. Joseph's Mission in Isle La Motte.

From 1964 until retiring in 1986 they lived in Connecticut where Cullie was employed for 21 years at the University of Connecticut Dairy Farm. He will be remembered by many for his love of hunting, ice fishing and gardening.

Besides his parents and his wife Ruth, Cullie was predeceased by a daughter, Norman Jean LaBombard on September 13, 2008; two sisters, Leona Jordan and Arlene Ingram and a brother Adrian Sturgeon.

A Funeral Service will be held Thursday July 18, 2013, at 10 a.m. from The Kidder Memorial Home, 89 Grand Avenue, Swanton. Father Emmanuel I. Ajanma will officiate. The Rite of Committal and Interment will follow at the Aubin / Sturgeon family lot in Bush Cemetery Alburgh.

Friends may call at the funeral home on Thursday morning from 9 a.m. until the hour of the service.