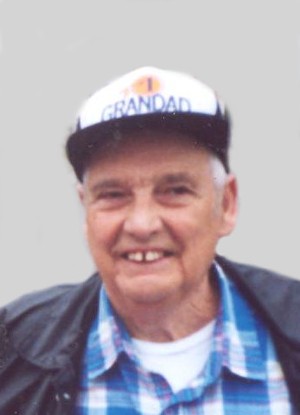 Born in Isle la Motte, VT on September 28, 1925, he was the son of the late George and Grace (Ero) Ratta. He attended school in Isle La Motte and on November 3, 1948, was married to the former Ernestine Hebert who predeceased him on October 31, 2002, following 54 years of marriage.

A native of Isle La Motte, Mr. Ratta resided in the Bristol, CT area for nearly 30 years and more recently for the past six years in Terryville, CT. He was an avid Isle La Motte summer camper and during the summer months attended Mass at both St. Anne's Shrine and St. Amadeus Church in Alburgh. While living in Bristol, Ct he was a parishioner of St. Anthony Parish.

He leaves his five children as well as many grand, great grand and great great grandchildren. Also surviving is his sister, Barbara and her husband Ernest Pelkey of Grand Isle.

Besides his parents and his wife Ernestine, Mr. Ratta was predeceased by two sisters, Leona Breault and Gloria Gonyea and a brother, Warren Ratta.

Friends may call at The Kidder Memorial Home, 89 Grand Ave., Swanton on Thursday from 4 to 7 p.m.