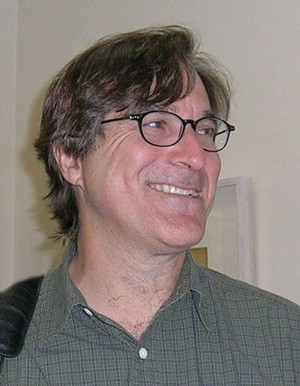 Bruce F. Seifer passed away peacefully on November 29, 2022, after a long struggle with multiple health challenges. Bruce was a loyal friend, devoted family member, mentor, marketing guru and caregiver. He was fully committed to his community, promoting the lives of others and making the city of Burlington a great place to live, work and visit.

Bruce landed on the Burlington scene in the early 1970s and instantly set to work creating strong and enduring circles of friends. He quickly gained a solid reputation both for hosting killer Halloween parties in his turreted Victorian apartment and for amassing his coveted Rolodex. Eventually Bruce became known as a fun, smart and dynamic powerhouse of progressive ideas. His social network helped to create a foundation for his leadership and development of many local initiatives and political campaigns. As an active member of three mayoral administrations, including former mayors Bernie Sanders and Peter Clavelle, Bruce had strong incubational instincts and a passion for the arts, small business development, market cooperatives, job training and employee ownership.

Bruce worked tirelessly in pursuit of goals, choosing to ignore the guardrails of politics, religion and long-standing local animosities. On his own steadfast and ethical path, he pushed valiantly forward in spite of many obstacles. Blessed with a solid team of like-minded colleagues, Bruce took advantage of every opportunity to further progressive initiatives. As an avid reader of current affairs, he had a broad range of interests and valued connections with those who were expert in their field. He himself became well-known for his expert ideas and advice to local entrepreneurs. With many years of experience under his belt, Bruce knew the city better than just about anyone. If you sought to do something in Burlington and had a question, there was always the same answer: “Call Bruce.”

In his role as economic development director for the City of Burlington, Bruce was an early founder and active promoter of initiatives too numerous to list, including the local food cooperative (City Market), the South End Arts + Business Association, the annual Art Hop, Vermont Businesses for Social Responsibility, the city’s Small Business Revolving Loan Fund, and the Employee Worker Ownership Initiative. In every role, he worked to develop cross-cultural connections and helped nurture the soil necessary for several well-known businesses to succeed. Many of these accomplishments have been recited at length in books that he coauthored, including one popular in cities across the nation titled Sustainable Communities.

Bruce was also a deeply committed family man. He cherished his Long Island family and Jewish faith connections throughout the Northeast and beyond. He was a devoted father to his late son, Bentley, a deeply caring husband, uncle, son and friend. He cultivated and nurtured scores of lifelong friendships from all walks of life, and he had a tremendous impact on all who crossed his paths in life.

The music of the Grateful Dead was of great importance to him and a healing force in his life — a journey he enjoyed with some of his most cherished friends. When in need of peace, he could be found reading, tending to his garden or dancing in the streets. Always a traveler and hiker, he enjoyed just about any activity that included people he could get to know.

In the last year of his life, when his health took a turn for the worse, Bruce refused to submit to a traditional format for home care. He insisted on relying on friends and family to serve his needs and did so without concern that they would resent him. His belief in developing community was sacrosanct, and the swirl of connections that he created in the process was a thrill and curiosity to behold. His tenacity, wisdom and strong ethical foundation were of a model citizen.

Bruce leaves behind a community crushed by his loss, including Julie Davis, his closest friend, ex-wife and partner of 30 years. He also leaves behind his brother, Marc Seifer, and his wife, Lois, of Rhode Island; his sister, Meri Keithley, and her husband, John, of New York; nephew Devin and niece Dara and their families; and two cousins he adored, Philip Imber of New York and Howard Seifer of Connecticut. In the great beyond, Bruce will join his beloved late son, Bentley Davis Seifer; his mother, Thelma; father, Stanley; Aunts Lucille and Dottie; Uncle Sonny; and special cousins Hilarie Gold and David Adler.

Bruce was extremely grateful for the tight-knit UVM medical team that managed his many health challenges, especially during the last six months of his life, namely Dr. Mark Pitcher, Dr. Garth Garrison and Dr. Paul Unger. There were also many other health care practitioners involved in his care, formal and informal, too numerous to mention but to whom he was especially grateful. In lieu of flowers, donations are encouraged to your favorite charity in Bruce’s honor.

A memorial service will follow in spring 2023. A life well done, dear Bruce. We already miss your warm smile and infectious laugh.

Services have been entrusted to Ready Funeral Home, 261 Shelburne Rd., Burlington, VT. Online condolences may be made at readyfuneralhome.com.