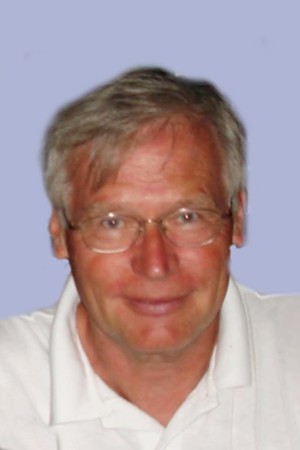 Brian was born December 19, 1940, in Jamaica Queens, NY, to James and Martha Welsh. He attended Brooklyn Technical High School and received a Bachelor’s degree at Hartwick College in Oneonta, NY, where he and Terry first met as freshman. He attended the Philadelphia Lutheran Seminary where he took holy orders to become an ordained Lutheran minister.

He and Terry married in June 1963 and started out their married lives in Philadelphia PA. They then spent many years on Long Island, where they were very involved with their church, Saint Ann’s church in Sayville, NY and many philanthropic aspects of the community. There they welcomed into the world three children.

After Brian’s work as a minister, he joined the New York Telephone Company, where he worked for the rest of his corporate career. In 1984, he and his family moved to Grand Isle, VT, where he again took on an active role in the community through various philanthropic, fine arts organizations, culminating in his work founding the Grand Isle Community Chours along with his important work as an EMT and President of Grand Isle Rescue. Brian was a talented artist and painted many landscapes of the stunning scenery of the Lake Champlain Islands, work which can be seen today in many homes and local businesses. Brian loved sailing and the family spent many weekends and vacations aboard his sailboat on the Long Island Sound and later on Lake Champlain. A member of MENSA, Brian particularly enjoyed intellectual pursuits including philosophy, literature, theology, music and history.

Brian is survived by his 3 children: James Welsh and his wife Marsha of Richmond VA, and their kids, Martha G Hoehl and her husband John and their children Jack and Grace of South Burlington VT and his youngest son Theodore Welsh and his wife Patricia and their Children, Lachlan, Ainsley, Lily and Griffin. He is also survived by his two sisters: Arlene Potter of Bedford, TX, and Karen Etlin of Pocatello, ID. Along with their Husbands children and grandchildren.

Visiting hours will be at The Kidder Memorial Home 89 Grand Avenue, Swanton, VT on Friday, January 27, from 6-8 p.m.

Funeral services will be held Saturday, January 28, at 11:00 a.m. from the North Hero United Methodist Church, 3671, Vermont US Route 2, North Hero Village. The Reverend Barbara Rembach will officiate. In lieu of flowers, the Welsh family asks that donations be made to Grand Isle Volunteer Rescue at http://www.givfdvt.org. To offer private online condolences please visit: www.kiddermemorialhome.com