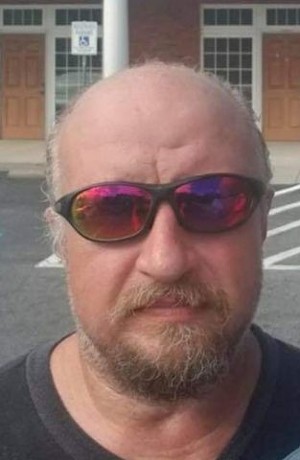 Brent Graves Sr., age 47, died at 5:30pm on September 12, 2019 in his favorite park located in New Smyrna, Florida. Brent was born to Betty Plante in 1971, he grew up in Barre, VT, where he received his High school diploma in 1991. He married Lisa A. Westcott in 1992 in Montpelier, VT. After committing their life together, Brent purchased his first home in Northfield, VT and raised 3 children: Brent Graves Jr, Eric Boutin and David Boutin.

He was a man of many talents, an avid car collector; when he wasn't working he would restore classic cars and show them at car shows. Brent was known for his great sense of humor and contagious laughter among his family and friends. He managed Interstate Maintenance Cleaning Corp. for 15 years before he became an owner himself. In 2012 Brent honored his wife's wishes to move to Port Orange, Florida to start a new business, Clean-Pro.

He enjoyed hunting & fishing at his favorite brooks. He also enjoyed golfing, racing and collecting diecast cars. He enjoyed vacationing in Wells, Maine with his family. Brent is survived by his loving family his mother Betty Plante, his sisters; Samantha Leblanc and her partner Brad Mattson, Krystal Vize and her husband Tim and Ambir Moote And her husband Lewie, his niece Mercedez Vize, his wife, Lisa Graves, his sons; Eric Boutin, David Boutin and Brent Graves Jr, and his extended family members; Susan Westcott, Linda Westcott and Ron Westcott. The Celebration of Life for Brent will be held in Central Vermont at a later date to be announced.